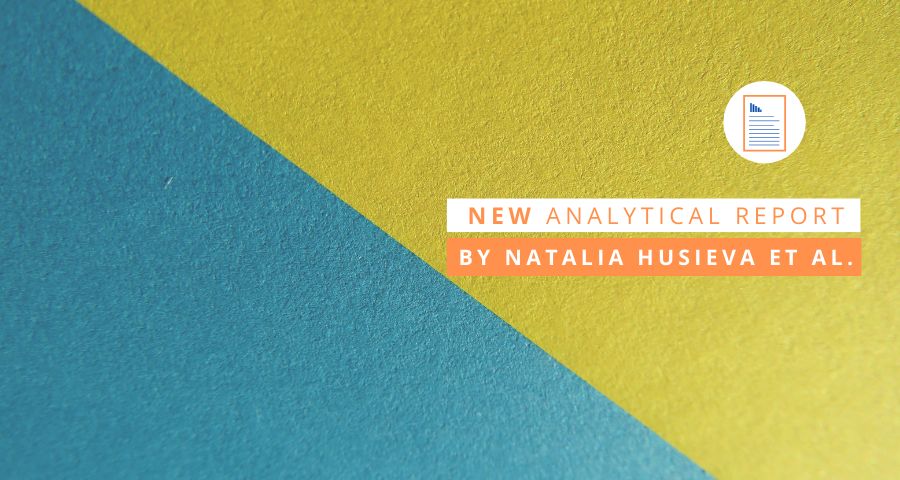 Since 2014, Ukraine has faced an armed conflict resulting in a humanitarian crisis and the internal displacement of large parts of its population. Their situation remains an emergency until today. The number of internally displaced persons (IDPs), which currently amounts to over 700,000 persons (or 1,5 Mio. according to the Ukrainian official sources) makes Ukraine the country with the most IDPs in Europe. The large-scale human displacement brought severe challenges, ranging from the socio-economic integration of IDPs in their host communities to their political, legal or psychological needs.

The new Analytical report 'Internal Displacement in Ukraine: Mapping the Flows and Challenges' authored by Dr. Natalia Husieva, Dr. Yekaterina Segida, Dr. Galina Kravchenkova and Dr.Tatiana Lesnichaya provides a time-space analysis of the forced internal displacement in the period 2014-2018. It presents the most imminent challenges faced by the IDPs and proposes possible solutions, taking into account the specific characteristics of individual regions as well as international good practices and lessons learned. Thereafter, the report proposes various measures aimed at developing and strengthening the resilience, independence and self-reliance of IDPs in Ukraine. Lastly, the report substantiates policy recommendations aimed at facilitating the adaptation and integration of IDPs into local communities. 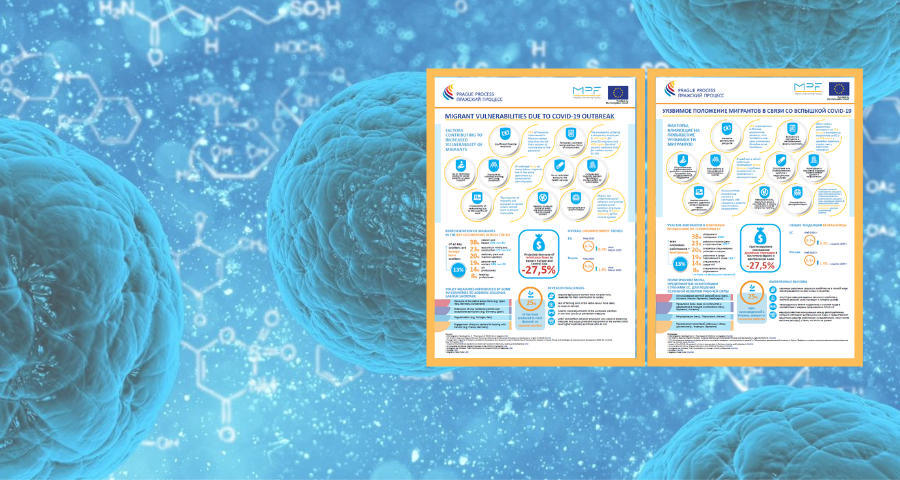 The ongoing outbreak of the COVID-19 revealed and further exacerbated some of the existing systemic challenges related to migrants and their stay in destination countries. The new infographic represents an attempt to outline some of the important factors increasing migrant vulnerabilities in times of the pandemic, as well as related policy measures and challenges thereof. This visualisation was first published in the Prague Process Quarterly Review No 23 April-June 2020.  Please preview and download the infographic in English or in Russian.

Assisted Voluntary Return and Reintegration (AVRR) is a continuing topic of interest in migration management.  Voluntary return is presented as a dignified method of return, but there are often many challenges associated with effectively implementing a successful AVRR program.  Accurate policy settings are part of the challenge, as are operational and political objectives.  This webinar presents a short background on AVRR program principles, discusses current operational challenges and provides recommendations for agile program design. 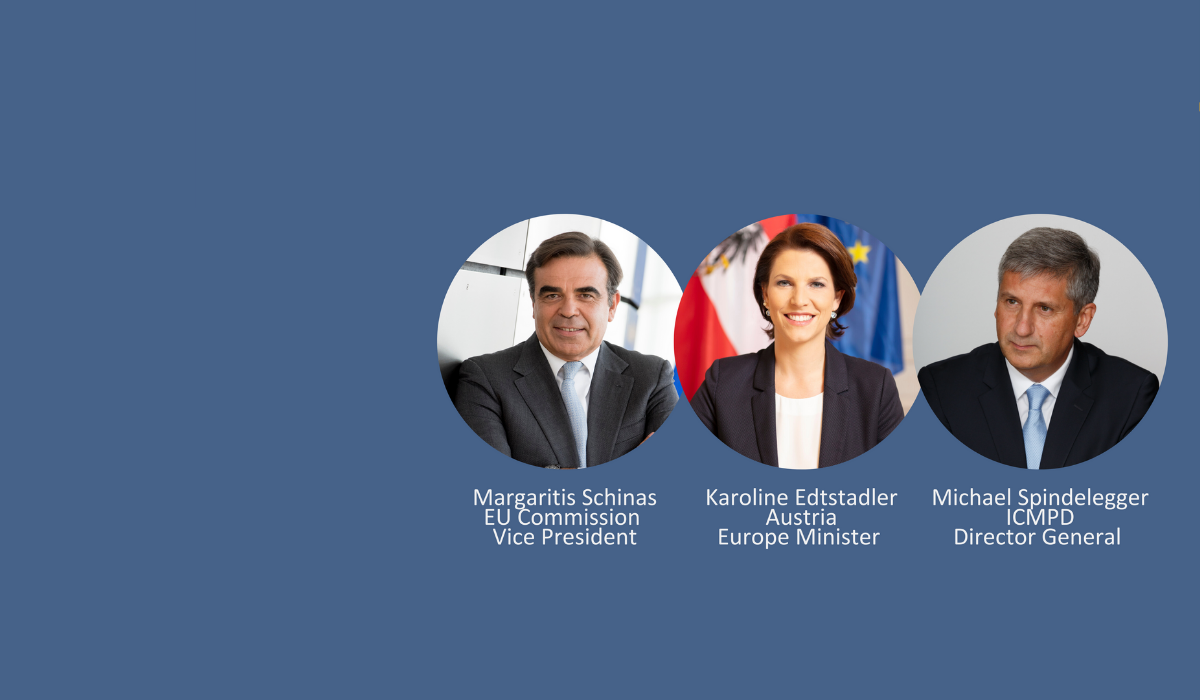 For some observers, the New Pact on Migration and Asylum — with proposals on mandatory screening of migrants at the border and stepping up the return of failed asylum seekers — goes too far. Others feel such measures are the minimum necessary and, if they cannot work, the very survival of the Schengen area may be at stake. Others still want to focus on stepping up the Union’s external engagement with third countries and promising ideas such as the Commission’s proposed talent partnerships. 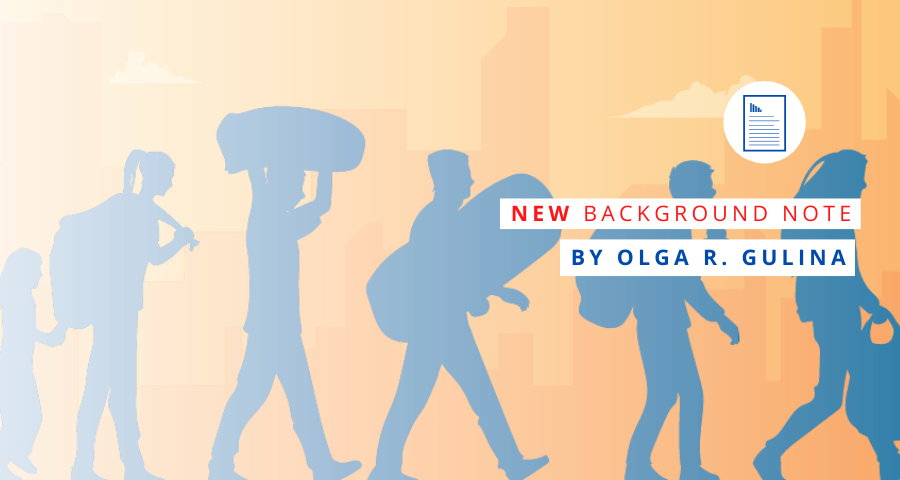 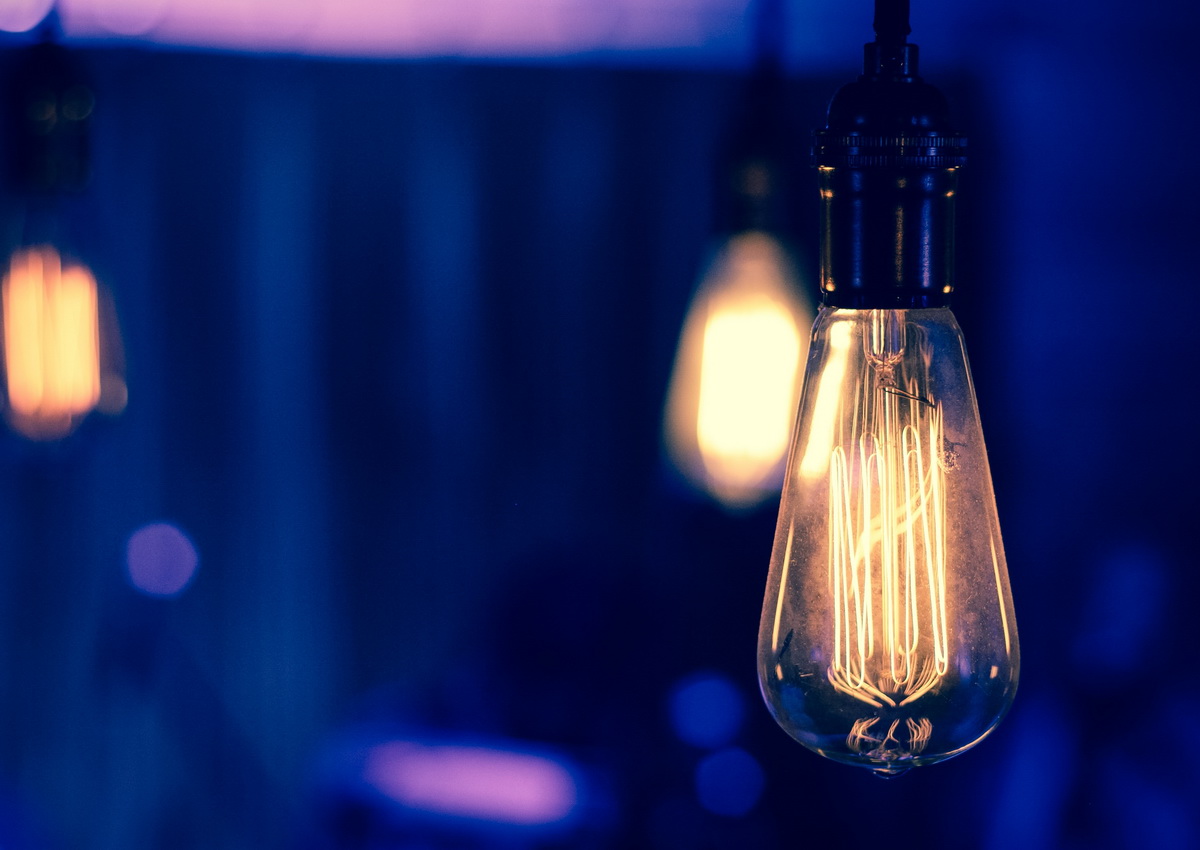 The Prague Process Migration Observatory and ICMPD's Regional Coordination Office for Eastern Europe and Central Asia (EECA) regularly monitor and collect the most recent news on a variety of migration-related topics from the EECA region. Herewith, we present you the latest edition of the MEDIA DIGEST covering news released in July 2020.

All previous editions of the Media Digest can be accessed here. New Digest issues are being published at the beginning of each month featuring news items of the previous month. Each issue provides readers with a concise overview of the main migration developments in the region. All news in the digest is grouped by country and category. To open a news item click on the link in the second column, that will take you to the original source. To navigate across the issues please 1) click on the issue you are interested in (e.g. July 2020); 2) click on "search tools" button at the top and use country/category filters to see the news most relevant to you. To remove all filters click "Clear" at the top.

Should you wish to share any relevant news with the Prague Process readers, please reach out to the Secretariat at This email address is being protected from spambots. You need JavaScript enabled to view it.. 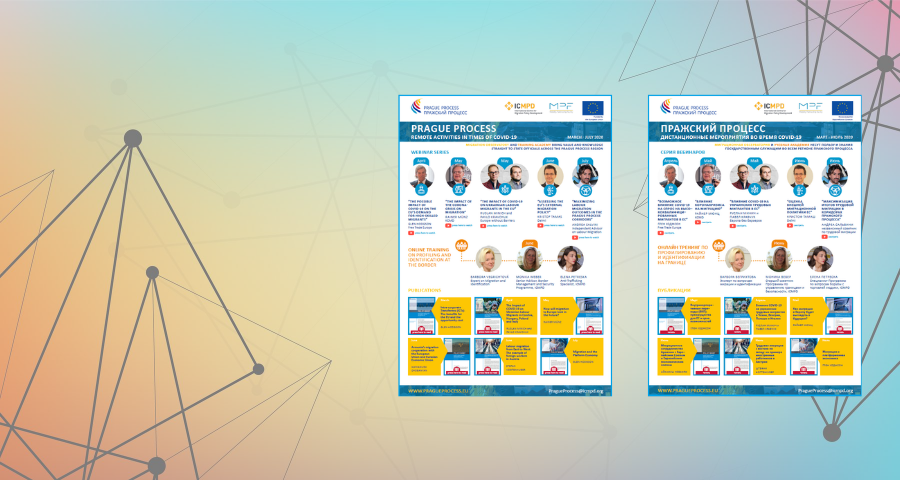 We gladly present you the infographic that features all remote Prague Process activities organised in March-July 2020 in line with the adopted Contingency Plans in view of coronavirus pandemic. It entails in-built links to access the respective publications and video recordings. Please preview and download the infographic in English or in Russian.

The 7th Prague Process webinar ‘EU Framework for Legal Migration: Lessons learned and main challenges’ with Monica Alfaro from Directorate General for Migration and Home Affairs of the European Commission will take place on 24 September 2020 at 10:30 CET.

The webinar will provide an overview on the EU Directives on legal migration, the results of the recent Fitness check on the respective EU framework and resulting lessons learned. The webinar will further address the main challenges faced at EU level in the context of the Covid-19 pandemic.

The sixth Prague Process webinar 'Migration and the Platform Economy' with Glen Hodgson, Founder and CEO of the Independent Think Tank Free Trade Europa, will take place on 10 September 2020 at 10:30 AM CET.

The webinar will look at the perspectives that the platform economy can provide to migrants. Not only can it help in turning black jobs white and integrating migrants into host country labour forces but also in addressing the respective labour market demand. Many researchers agree that the majority of jobs will be freelance and plat­form-based within a few years. Appropriate action shall, therefore, ensure that third-country nationals are not locked in a tech­nology-facilitated parallel economy, which leads to unstable incomes, limited training and social isolation. Read more on this topic in the recent brief "Migration and the Platform Economy" authored by Glen Hodgson ahead of the webinar.

A great opportunity for journalists, bloggers and other media content creators from Armenia, Azerbaijan, Belarus, Georgia, Moldova and Ukraine interested in migration topics. ICMPD is offering an online training on legal, labour and other migration issues, facilitated by ICMPD and world-renowned media and migration experts. The training cycle will take place from October until November 2020.