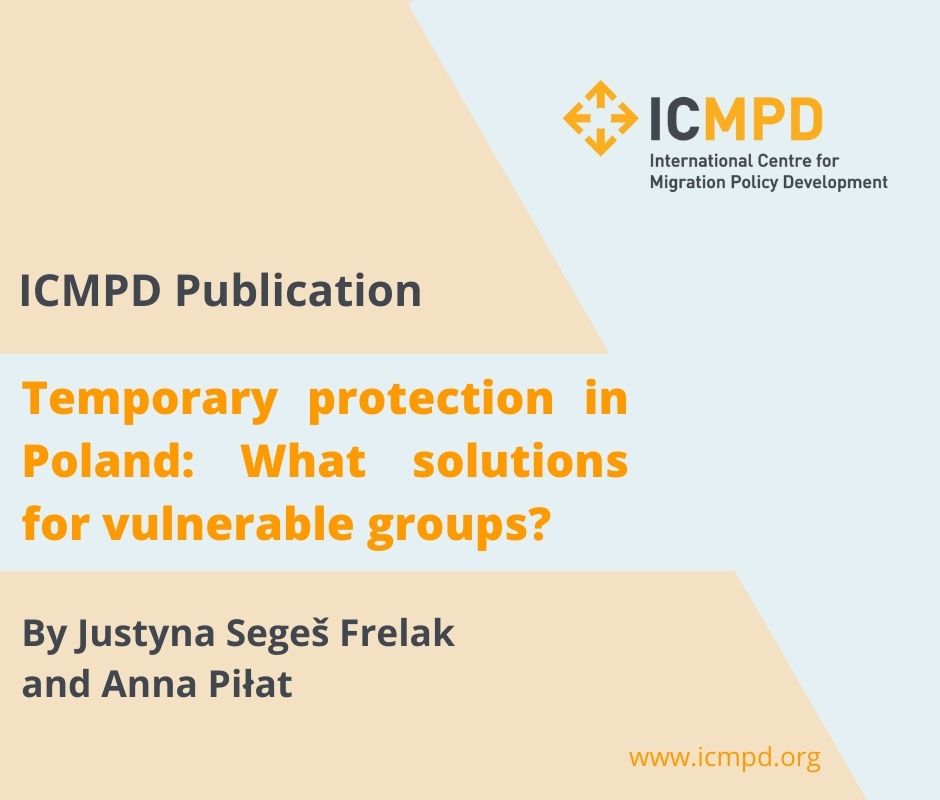 Seven million people have fled across Ukraine’s borders following Russia’s invasion earlier this year, with the vast majority heading to neighbouring EU countries, including approximately 1.4 million to Poland. Not only is the pace and scope of this displacement different than previous crises, the composition of this group is also distinct. Those arriving are largely women, children, and the elderly. The first two groups account for approximately 94% of registered temporary protection beneficiaries (TPBs) in Poland. Of the children fleeing Ukraine, a sizable number are unaccompanied or separated from their caregivers. Furthermore, available estimates indicate that approximately 10% of TPBs in the EU suffer from some form of disability. It is clear that several groups require particular attention, as they may need specialised support to help them settle in. Meanwhile, mental health and working conditions are also important concerns that necessitate a proactive approach in order to reduce vulnerabilities.

In Poland, the country with the highest number of registered TPBs in the EU, specific regulations regarding vulnerable groups are defined in the Act on the support to Ukrainian citizens in in connection with an armed conflict. This represents an important step forward, but more targeted policies serving the specific needs of vulnerable groups are required for adequate protection of individuals particularly at risk.

The numbers prove the necessity of such a measure – as of 2 June, 19,200 temporary guardians were appointed for 23,000 minors from Ukraine. In line with a new EU Anti-Trafficking Plan, Poland has also launched a special ICT system (within the Ministry of Family and Social Policy) to register this group of children and has intensified cooperation with Ukrainian counterparts to prevent threats such as human trafficking, the illegal movement of children abroad, and adoptions that run counter to Ukrainian legislation.

According to conservative estimates from July, approximately 15,000 individuals with disabilities have arrived in Poland from Ukraine, but similarly to unaccompanied minors, many have not been caught by the statistics. It is critical to ensure the proper recognition of the needs of people with disabilities, including adequate assistance such as orthopedic or rehabilitation equipment, access to medication, and/or information regarding available support.

Finally, other risks and vulnerabilities must be addressed, particularly those related to the labour market. A growing number of Ukrainians are now working in Poland: Equipped with the right to work granted by the Temporary Protection Directive, around 420,000 have already found employment in the country.

A bumpy road ahead?

There is no doubt that the scale and pace of arrivals from Ukraine would test the capacities of any EU Member State – especially countries such as Poland, which has traditionally been a destination for labour migrants and has little prior experience in dealing with vulnerable migrant groups. Despite significant challenges, the current situation has also created a window of opportunity for new measures to be taken in the areas of migration and integration policy.

ICMPD’s KOMPLEKS project is attempting to help mitigate this challenge by fostering networking and strengthening cooperation among the various stakeholders now active in addressing the needs of vulnerable migrants. The creation of a database with details on available housing, health services, and NGO support would support these information exchanges and foster stronger collaboration.