Head of Asylum Issues Division of Migration Service of Armenia. 20-year work experience in the fields of migration and asylum. 10-year experience of Lecturer of International Law. 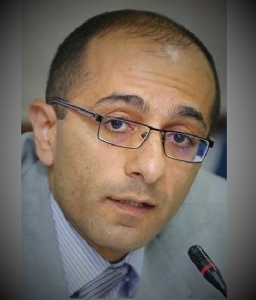 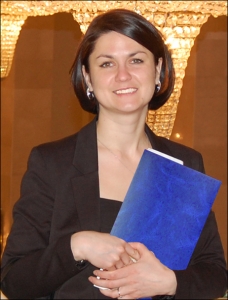 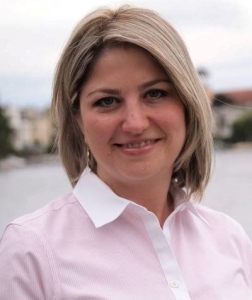 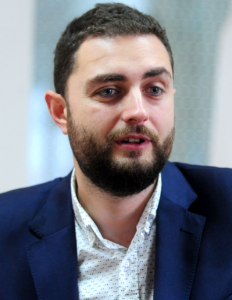 Director and founder of the RUSMPI UG-Institute on Migration Policy. Olga Gulina studied constitutional and migration law in Russia, Germany and France as well as at the Helsinki Human Rights Foundation and European Academy of Diplomacy in Poland.

She held fellowships from the German Chancellor Program of the Alexander von Humboldt Foundation and from the Kennan Institute of the Woodrow Wilson Center in Washington, DC. Olga is a member of the advocacy group of the EU-Russia Civil Society Forum and author of several books and papers. Her field of expertise is European and Eurasian affairs, migration law and its enforcement. 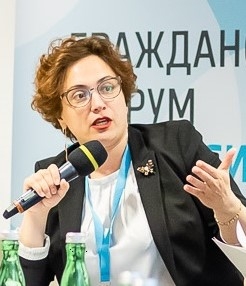 Project officer at the ICMPD’s Anti-trafficking Programme. Over the past six Ivanka has worked on the implementation of various projects related to capacity building in the field of combating trafficking in human beings and supporting national anti-trafficking responses. She has contributed to reports on numerous national anti-trafficking documents, ranging from referral to anti-trafficking strategies and action plans. Before joining ICMPD, Ivanka served as a senior expert to the Secretariat of the Bulgarian National Commission for Combating Trafficking in Human Beings. Previously, she worked as social worker and psychologist at the NGO Animus Association/La Strada Bulgaria providing psycho-social support to victims of violence. Ivanka holds in Clinical and consultative psychology and in Developmental psychology. 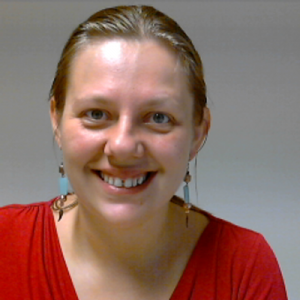 With over twenty years’ experience in communications, public affairs and lobbying, Glen is the founder of the think tank Free Trade Europa, which focuses on promoting free trade, openness and the rule of law within the European Union and internationally. He worked for the European institutions, governments, blue-chip international companies, start-ups and NGOs as a lobbyist, strategist and communications advisor. Glen is a respected commentator on European affairs and a frequent presenter at European policy events. 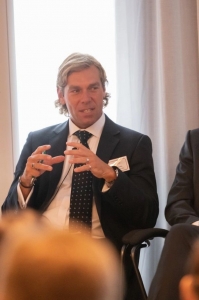 Graduate (Master of Geography) of Luhansk Taras Shevchenko National Pedagogical University where she was also Senior Lecturer till 2014. 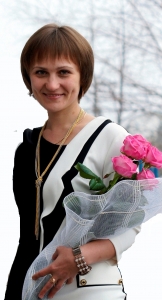 Conducting a range of long-term national surveys with representative samples (e.g. UKRAINIAN SOCIETY and OMNIBUS) to trace social development trends in Ukraine. Previously worked as Social Policy Advisor in UNDP (Ukraine). Extensive experience in cross-cultural mobility and migration studies; Former Ukrainian team leader and country expert within a number of international research schemes including Horizon 2020. Her recent publications include articles on societal change since the conflict in Ukraine. 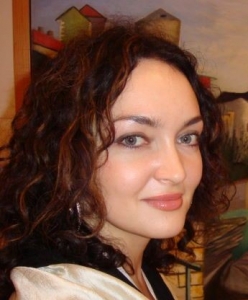 Professor of political sciences, doctor honoris causa of University Lille 3, France, founder and director of CERMES (Centre for Refugees, Migration and Ethnic Studies) at the New Bulgarian University, Department of Political Sciences. Anna Krasteva has authored and edited 29 books and published numerous articles in about twenty countries. Her main fields of research and teaching are migration policies and politics; far-right populism; civic mobilisations and citizenship. Last year she led the project “Securitization and its impact on human rights and human security”, this year she leads a project on migration in the Western Balkans. She takes part in two Horizon 2020 projects: “Representations of the crisis and crisis of representation” and “Evaluation of the common European asylum system under pressure and recommendations for further development”. She contributed to the World Forum for Democracy (2017) with “Facts will not save from fake. Citizenship will”. She has been professor and lectured at numerous European universities. She is of Southeastern Europe (Brill), member of the editorial boards of Nationalism and ethnic politics (Routledge), and Europeana (Shangai and Paris). She is president of the Board of ESFAM and Maison des sciences de in Dijon, member of the Board of the Diplomatic Institute and of numerous international scientific boards. 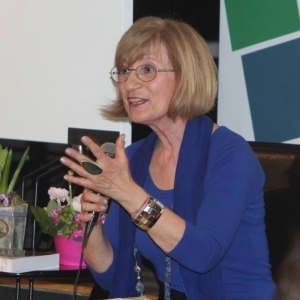 Migration and border management expert at Europe without Barriers think tank based in Kyiv, Ukraine. Since 2016 as a part of EWB team explores policies regulating migration and cross-border mobility in Ukraine, the EU, and EaP countries, as well as relevant practices. Is particularly interested in methods of verifying official data, and proper informing in media on migration-related topics.

Before EWB worked for a number of Ukrainian online media and studied Theory and History of Culture at the National University of Kyiv-Mohyla Academy. 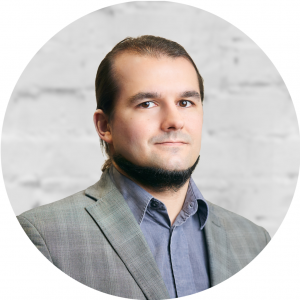 Migration researcher and analyst with a focus on Russia, Eastern Europe and Central Asia. He holds an MSc in Migration Studies from the University of Oxford and is currently a PhD student in anthropology at the Graduate Center of the City University of New York. For two years, Yan worked as a Research officer and an Associate Policy Analyst at ICMPD. He has also worked as a Migration Governance Researcher at the Economist Intelligence Unit. he continues his research in an independent capacity on a variety of migration-related topics, particularly on the issue of migrant rights. 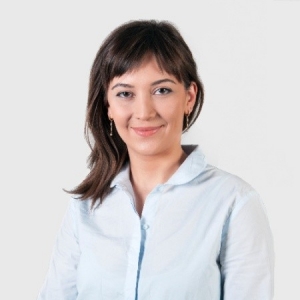 Policy analyst and expert at Europe Without Barriers think tank. He applies qualitative and quantitative research methods to study migration processes and border management, writes media articles and stories. He is the author of Living Near Border: The Cases of Shehyni and Uhryniv Communities  and Lviv Region (Ukraine)-Poland: Mobile Border In Between studies. His research interests cover also the European integration and international relations. 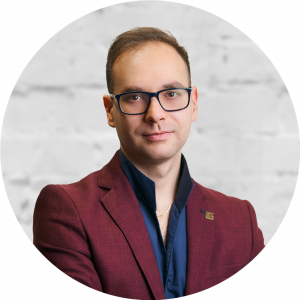 Project on Migration and Security in the Post-Soviet Space (Central European University); Member of the Scientific Council for Social Sciences of the Russian Academy of Sciences;, graduate of the Moscow State University (social geography department) and the European University Center for Peace Studies (Austria); expert of the Research Council of CIS countries and Baltic States on forced migration;  former director of the Migration study program RESET, Open Society Institute (2003-2007); former supervisor of the Caucasus Initiative of Open Society Institute (Budapest); author and editor of numerous books, articles and reports. 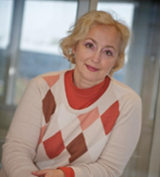 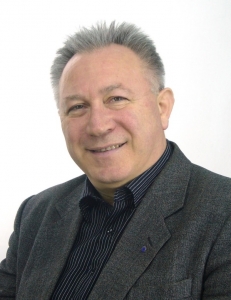 Prior to joining the European Commission, Rainer Münz was – between 2005 and 2015 – Head of Research and Development at Erste Group, a Central European retail bank headquartered in Vienna. He was Senior Fellow at the European think tank Bruegel (Brussels), the Hamburg Institute of International Economics (HWWI) and at the Migration Policy Institute (MPI, Washington DC). He also worked as a consultant for the European Council, the OECD and the World Bank.

Until 2004, Rainer Münz had an academic career as a researcher at the Austrian Academy of Sciences, 1980-1992, and at the Department of Mathematics of Finance/TU Vienna, 2002-2004, as well as a tenured university professor at Humboldt University, Berlin, 1993-2003.

He also was visiting professor at the Universities of Bamberg, UC Berkeley, the American University in Cairo (AUC), Frankfurt/M., HU Jerusalem, Klagenfurt, St. Gallen (HSG), Vienna and Zurich. He currently teaches at the Austrian Diplomatic Academy in Vienna and the Central European University (CEU). Head of the program “Human Rights at the Pre-Trial Stage of Criminal Proceedings" of the NGO “Expert Center for Human Rights” since 2017. Andriy holds a Master degree, PhD and Doctors Degree in Law. Since 2000, he has worked as an expert in various projects dealing with human trafficking that organized by IOM, OSCE, ILO, American Bar Association or La Strada – Ukraine. Within these projects, he analyzed the compliance of the Ukrainian human trafficking legislation to the international one; drafted laws on counteraction to human trafficking; designed recommendations on of human trafficking as well as procedural control over investigation and prosecution of human trafficking cases; designed and conducted and tutorials on human trafficking. His research interests further include human rights and criminal justice, public prosecution and approximation of Ukrainian legislation to EU law. He is an author of several publications, scientific monographs and manuals 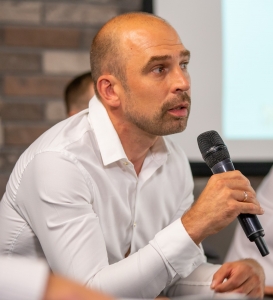 Director, Centre for Development Evaluation and Social Science Research. Senior Research Fellow at Impaq International (till 2016). Assistant Professor at the International University of Sarajevo (till 2015). 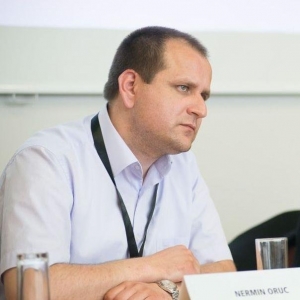 Ph.D., Cand. Sci.  (Econ). Graduated from the Moscow State Institute of Economics and Statistic (МESI).  Migration expert. Author of over 100 publications in the field of migration. Initiator of creation of the Museum of the history of migration in Moscow. International consultant on migration and migration policies in Kazakhstan and Central Asia based in Almaty. Expert of the Research Council on CIS Migration Studies under the Center for Migration Studies of the Institute for Economic Forecasting of the Russian Academy of Sciences (Moscow). Her research interests include labor, irregular, Chinese migration; mobility and labor market; remittances and development; migrant workers’ rights, migration governance; civil society, early warning and conflict prevention, etc. Assistant Professor at the University of Belgrade – Faculty of Geography. Strong interests in migration topics. Her research projects have focused on the Balkan migration route and migration flows in and from Serbia. She is one of the founders of Migration, Inter-Connectivity and Regional Development (MICaRD)  network, member of the Executive board of WB MIGNET, Regional Studies Association (RSA) territorial representative, World Social Science Fellow and Fellow of European Center for International Affairs (ECIA). 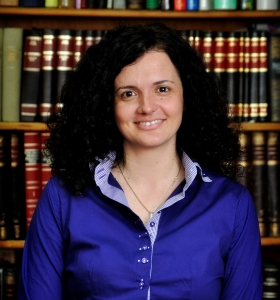 Executive Director of “Europe without Barriers”, a Ukrainian think tank based in Kyiv that aims to realize human right for freedom of movement and to support socially important reforms in the fields of rule of law, migration and border management, protection of personal data, public order and combating discrimination.
Iryna is a Member of the interagency working group on coordinating integrated border management, Coordinator of Working Group 1 in Ukrainian Platform of the Eastern Partnership Civil Society Forum, Member of Coalition “Reanimation Package of Reforms in Ukraine”, Member of the EU-Ukraine Civil Society Platform and Member of Expert Council on Migration policy to National Institute for strategic studies. 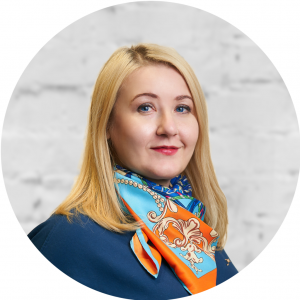 the Migration Studies Delegation based in Stockholm. Since early 2014, this independent Commission focuses on policy research, analysis and advice in the area of migration, labour markets, integration and development. In 2012-2013, Kristof was a Senior Policy Adviser at the Secretariat for the Swedish Chairmanship of the Global Forum on Migration and Development, based at the Swedish Government Offices. He was a Seconded National Expert for Sweden in the European Commission, Directorates-General for Justice, Freedom and Security and Home Affairs, based in Brussels (2007-2011). From 2003 to 2007, he worked as an independent research consultant based at the Institute for Futures Studies in Stockholm, with consultancies for inter alia the Swedish Ministry for Foreign Affairs, the European Commission, IOM and the World Bank. Between 1997 and 2003, he was a Special Adviser and then Deputy Director in the Swedish Ministry for Foreign Affairs. Kristof Tamas has more than 20 years of expertise and concerning migration policy development; migration and development; labour migration, circular migration, new forms of mobility and labour markets; the enlargements and external relations of the European Union, bilateral and multilateral cooperation; and and global governance of migration. 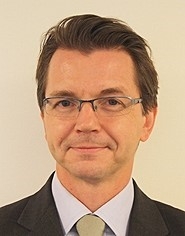 Senior Researcher at the Institute for Advanced Studies in Vienna. More than 10 years of professional experience in coordinating and conducting applied and basic research projects in the fields of education and training systems and its links to employment. Among others, he published in the Journal of Vocational Behavior, European Sociological Review and Research in Social Stratification and Mobility. Co-Editor of the National Education Report Austria (2015, 2018). Current studies focus on institutional determinants of education job linkages, employment among foreign workers and refugees, inequality in education and life outcomes and causal analysis of school effectiveness. 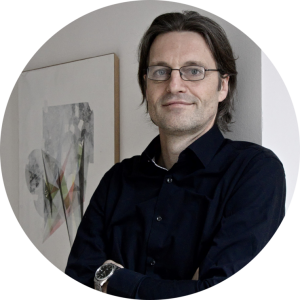 Countering Human Trafficking: Identifying, Returning and Assisting Victims from Ukraine
The Impact of COVID-19 on Ukrainian Labour Migrants in Czechia, Hungary, Poland and Italy
Intra-corporate Transferees (ICTs): The benefits for the EU and the opportunity cost
Russian nationals looking for refuge in the European Union