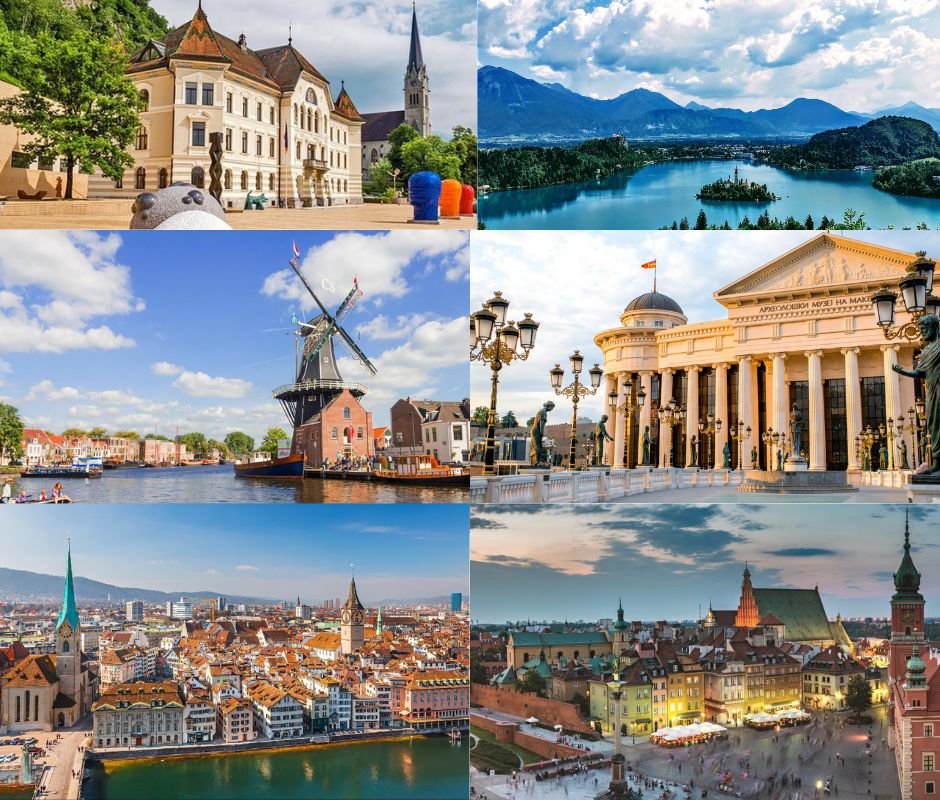 With an overall population of 38 million, Poland is one of the major migrant-sending countries in Europe. Over the past decade, it has also become a country of immigration featuring a positive net migration, which has not, however, reversed the negative demographic trend. Between 2012 and 2020, the country's population decreased by over 273.000 people. In 2022, Poland became one of the key destinations for persons fleeing the war in Ukraine.

Slovenia is a society with an ageing population that amounted to 2.107.180 persons at the beginning of 2022. According to the Statistical Office of Slovenia, the share of children and young people under the age of 14 has slightly risen from 14% in 2010 to 15% in 2020. However, the share of people over 65 years of age had doubled over the past thirty years reaching 20.2% in 2020. The country features diverse migration flows, including considerable arrivals from the Balkan countries. In 2020, 36.110 people immigrated to and 17.745 emigrated from Slovenia, of whom 31% and 32% respectively were Slovenian citizens. While both in- and outflows were on the rise in recent years, 2020 saw the highest positive net migration since 2008. These flows correlate with the performance of the economy, which recovered in 2018 following the crash of 2008.

Switzerland is an immigration country, with a Gallup Potential Net Migration Index of 187%. In 2021, the migration balance stood at 51.000, with 165.600 persons immigrating to Switzerland (87% of them foreigners and 13% Swiss nationals) and 114.600 persons leaving the country (75% foreigners and 25% Swiss nationals). In 2020, Swiss emigrants mostly moved to European countries, notably France, Germany, Italy, Spain and the UK. Other popular destinations include the United States, Thailand and Canada. However, certain destinations are more popular for certain age groups: retirees, for example, are more likely to move to Spain, Thailand, Turkey and Serbia. Based on a 2018 Internations Expat Insider Survey, 18% of Swiss emigrants move abroad for a better quality of life, 16% have been sent abroad by their employer, 14% emigrate for love, 13% move for work-related reasons, and another 13% for adventure. Travelling spouses and students are further categories that make up for smaller shares among these expat types.

Learn more about the key migration indicators in Liechtenstein here.

Learn more about the key migration indicators in The Netherlands here.

Learn more about the key migration indicators in the Republic of North Macedonia here.

Learn more about the key migration indicators in Poland here.

Learn more about the key migration indicators in Slovenia here.

Learn more about the key migration indicators in Switzerland here.