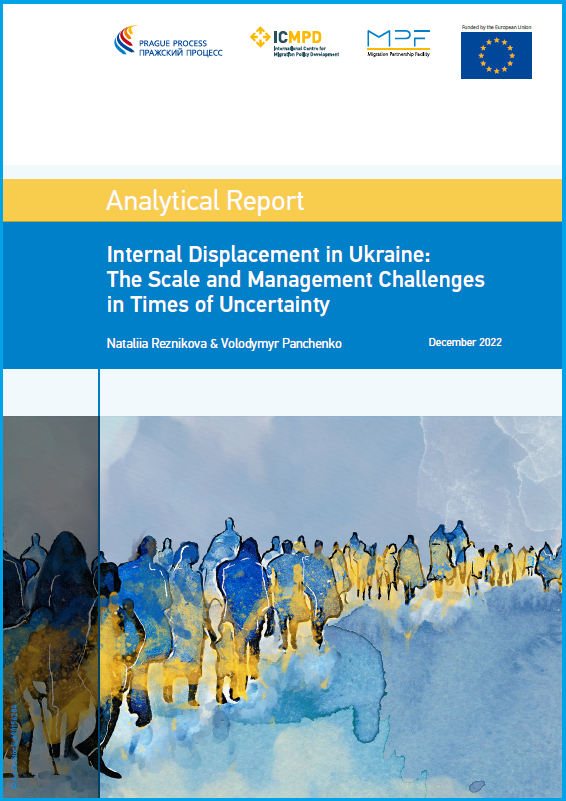 Russia’s annexation of Crimea in March 2014, the subsequent armed conflict in the Donetsk and the Luhansk Regions and Russia’s invasion of Ukraine in February 2022, all resulted in a grave humanitarian crisis and considerable displacement within Ukraine. Whereas the number of internally displaced persons (IDPs) levelled at approximately 1.5 million before 24 February 2022, it has quadrupled to 6.3 million by August 2022, with Ukraine losing control over nearly a quarter of its territory.

This unprecedented scale of displacement brings considerable challenges, requiring urgent policy responses. Moreover, the further course of the war and its duration remain hard to predict, also involving the risk of Russia occupying additional Ukrainian territories. Managing the situation of IDPs amidst this extraordinary humanitarian emergency is not only vital for them but also for national security altogether.

The new report "Internal Displacement in Ukraine: The Scale and Management Challenges in Times of Uncertainty" authored by Ms Nataliia Reznikova and Mr Volodymyr Panchenko attempts to identify patterns and contradictions linked to internal displacement before and after 24 February 2022. It looks at the factors determining the legal status of IDP in the past, and the dynamics and peculiarities witnessed since the time of Russia’s invasion. The second part discusses the administrative, integration, financial and infrastructural traps that IDPs are facing and proposes concrete recommendations to resolve them. It also assesses the existing administrative resources and institutional progress made. One important observation is that most of the current problems largely existed since 2014 but have enormously grown in size in 2022.