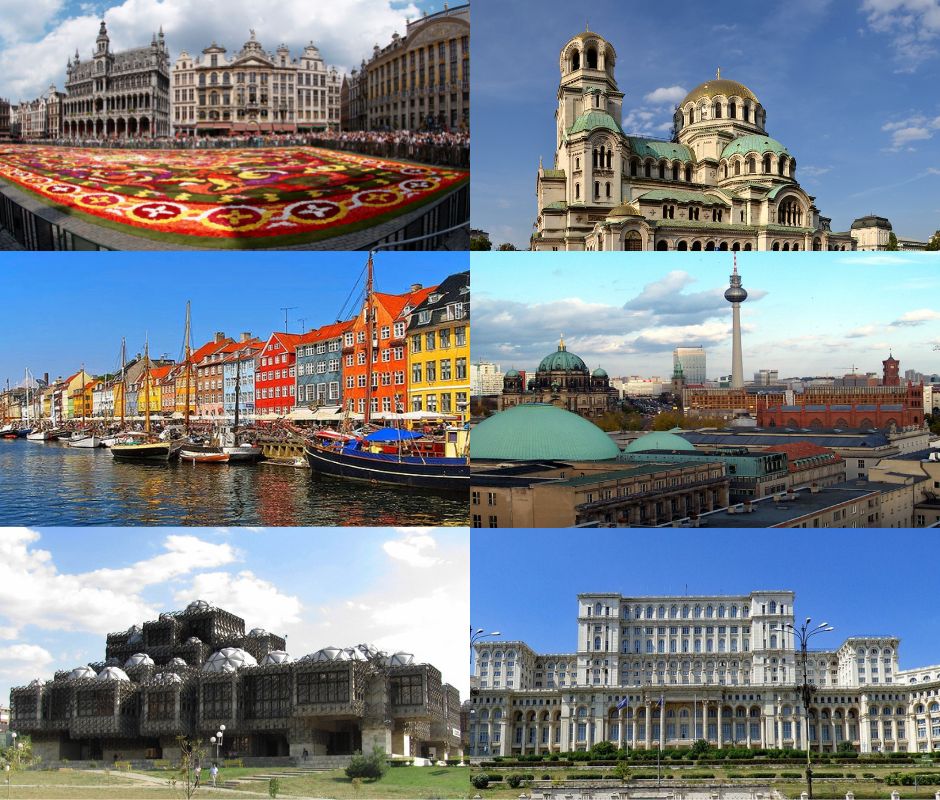 Belgium is primarily a country of immigration. Its population has grown from just over 11.000.000 to 11.521.238 in the last decade, both due to immigration and a natural population increase. In 2020, Belgium saw a positive net migration of 41.756 persons, which is almost 25% less than in 2019, but this figure is likely to have been influenced by the COVID-19 pandemic. The top five nationalities among immigrants were Belgians returning to their country of origin, Romanians, French, Dutch and Italians. In 2020,  102.413 people emigrated from Belgium, which remains consistently less than the immigration figure. France, the Netherlands, Italy and Spain are the main destination countries for emigrants, while there is a significant diaspora in the US and Canada too.

The population of Bulgaria, which amounted to 6.838.937 persons in 2021, continues to decline. Over the past three decades, the emigration of Bulgarian citizens overseas has become an important phenomenon, which was further accelerated by Bulgaria’s accession to the EU in 2007, motivating many Bulgarians to leave for other EU countries with better economic opportunities. Bulgaria has one of the largest Diasporas in Europe and the Central Asia region. According to UNDESA, approximately 1.7 million Bulgarians lived abroad in 2020, with the majority staying in the EU. The Bulgarian emigrant population in the EU is estimated at over 800.000 people. Turkey is another major destination country hosting over 300.000 Bulgarians. The remaining 8% live primarily in the USA, Canada and Israel.

A long standing country of emigration to countries outside Europe until the First World War, Denmark has become a popular destination country ever since. In 2022, the population of Denmark amounted to 5.873.420, while the percentage of the population of Danish origin remains consistently around 5 million. Denmark’s population increase in recent years is down to immigration. In terms of population projection, the national office of statistics predicts that the Danish population will remain around the same as today. By 2050, 5.096.349 of the population are expected to be of Danish origin while 379.197 will be immigrants from Western countries and 401.535 will be from non-Western countries. Similarly, Gallup provides Denmark with a Potential Net Migration Index (PNMI) score of 91% showing a high potential net population gain, and a brain gain of 169%.

In 2021, the population of Germany remained nearly unchanged and amounted to 83.2 million people. Among them, 11.8 million are foreigners and stateless persons and 22.3 million are people with a migration background. Turkish nationals accounted for the largest group (1.3 million) of foreigners, followed by Syrian (787.000), Polish (774.000) and Romanian nationals (754.000). By 2035, according to national projections, the country’s population of retirement age will reach a figure of 20 million.

The Republic of Kosovo with a population of 1.798.188 inhabitants (2020) declared its independence in February 2008. The country features a large number of emigrants among a relatively young population. According to national estimates, close to 900.000 persons of Kosovar origin, including those born abroad, live outside the country.

For the past thirty years, Romania’s population has been steadily declining. In 2021, it reached 19.186.201 persons, decreasing by another 142.600 compared to 2020, both due to the natural population decline and continuing emigration. In 2020, 163.806 people immigrated to, and 192.631 persons, of whom 51.1% were men, emigrated from Romania. The accession of Romania to the EU in 2007 made it easier for Romanian nationals to circulate in Europe, return to Romania and leave again. Repeat migration and complex mobility patterns across the EU make it difficult to identify and enumerate return migrants with standard data sources.

Learn more about the key migration indicators in Belgium here.

Learn more about the key migration indicators in Bulgaria here.

Learn more about the key migration indicators in Denmark here.

Learn more about the key migration indicators in Germany here.

Learn more about the key migration indicators in Kosovo here.

Learn more about the key migration indicators in Romania here.