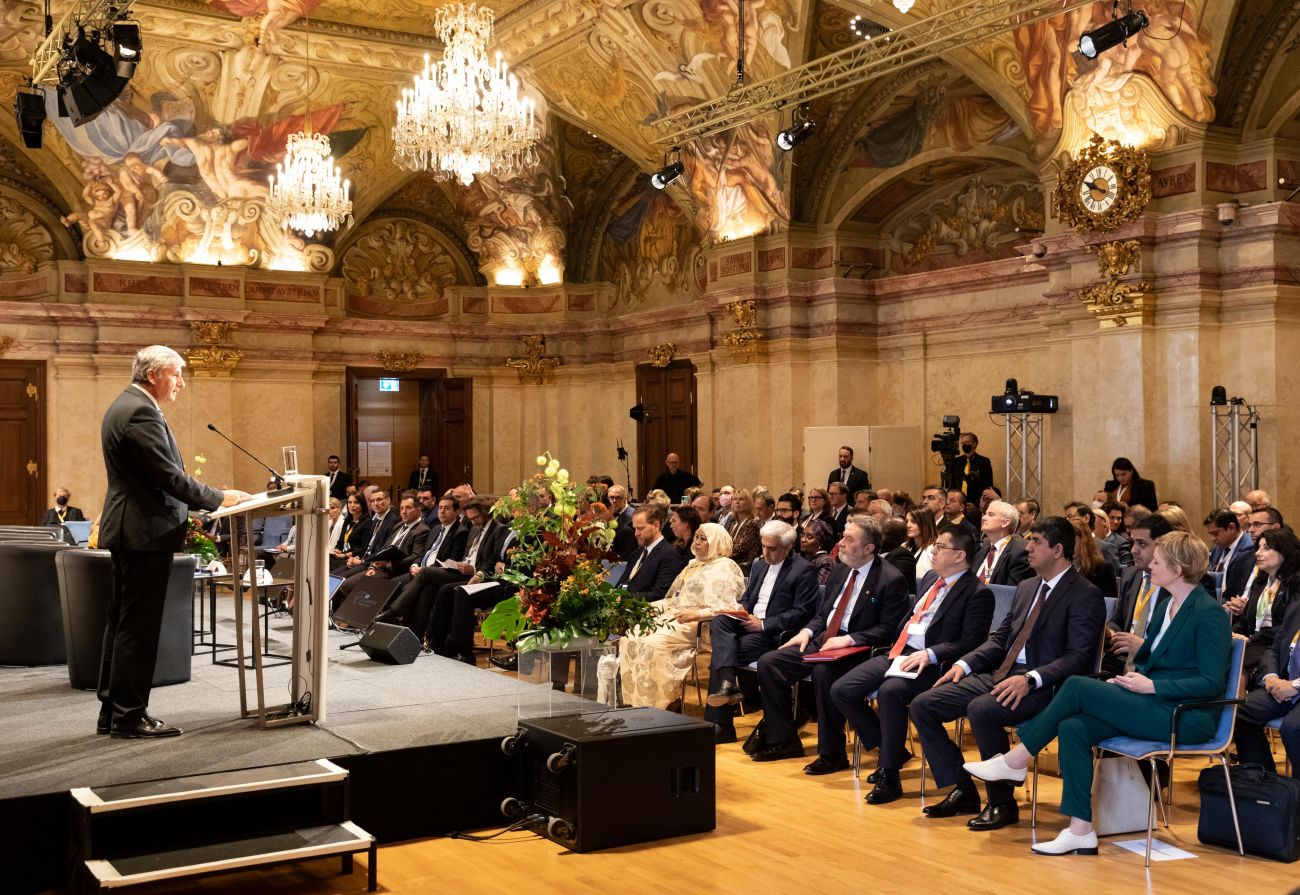 On 19-20 October 2021, ICMPD organised the sixth edition of the annual Vienna Migration Conference, Europe’s leading forum on migration. Held in a hybrid format this year’s event looked at the most important developments – such as the COVID-19 pandemic, the unfolding situations in Afghanistan and Belarus, the realities on the ground along and across key migration routes – exploring challenges, opportunities and strategies for re-imagining, and ultimately strengthening migration partnerships.

Representing an essential tool of migration policy, migration partnerships bring many benefits, but developing and maintaining them is no straightforward task. These are the six key Conference takeaways on re-approaching migrations partnerships.

The internal and external dimensions of migration policy are inherently interconnected, yet finding the right expression for this in terms of diplomatic priorities can be complicated. Although Ministries of Interior are usually the authorities entrusted with migration management, their bargaining power is often limited, meaning that foreign policy can and should play a greater role in forging partnerships. VMC panellists underscored that better coordination, and the use of foreign policy would enable the EU to make more compelling offers to its counterparts. However, although foreign policy actors should empower migration partnerships, foreign policy should not be dependent on such cooperation to the exclusion of all else.

In supporting partnerships, Europe often focuses on its direct neighbourhood or on countries of origin. But countries in between – those along the migration routes – are also important to engage. These gaps and realities need to be acknowledged via programming that supports neighbours in working with their neighbours so that ultimately people do not feel a need to migrate or can do so safely. Taking a whole-of-migration-routes approach follows a similar logic.

To engage or not to engage?

Partnerships can be controversial. When potential partners are controversial, political leaders face a common challenge: Is it better to have no partnership or to enter into a controversial one? In this framework, discussants looked at the ongoing situation in Afghanistan with countries considering talking or not talking to the Taliban. Similarly, panellists discussed the situation at the EU’s border with Belarus, where the instrumentalisation of migrants as a foreign policy tool brings the crisis outside the realm of migration management. In this case, the EU is in a uniquely difficult situation because there is no partner.

Pave the way for public acceptance.

It is not just the partner but the topic in question that can spark controversy. Public opinion can be an impediment to migration cooperation and must be considered in the design of and narratives about partnership. For Europe’s partner countries, expanding legal pathways is key for selling cooperation to their publics, so a narrow focus on controversial issues such as return often leads to a deadlock. Focusing the narrative around common interests can create needed political space for entering into and implementing joint initiatives. A common interest is controlled migration, for all partners involved, but there should be an understanding that control does not only mean discouraging irregular migration, it also means providing legal pathways.

Be a fair and foul weather friend.

We tend to redirect attention – and funds – if we don’t see an urgency, but partnerships should be seen as a tool in both good and bad times. Migration partnerships should be reliable and long-term, whether in a time of stability or crisis. Instead of jumping from crisis to crisis, panellists stressed that partners should invest in enduring cooperation, maintaining dialogue even if there are no immediate results. Zooming in on the EU’s immediate neighbourhood, the case of Belarus highlights that migration is an ever-changing phenomenon and both routes and flows can shift rapidly.

Re-imagined partnerships do not necessarily mean introducing new initiatives – quite the contrary. Implementing the commitments partners have already taken, and using existing migration dialogues is a useful way forward. What is needed now is less paper and more action.

Read more on the ICMPD website here and here.