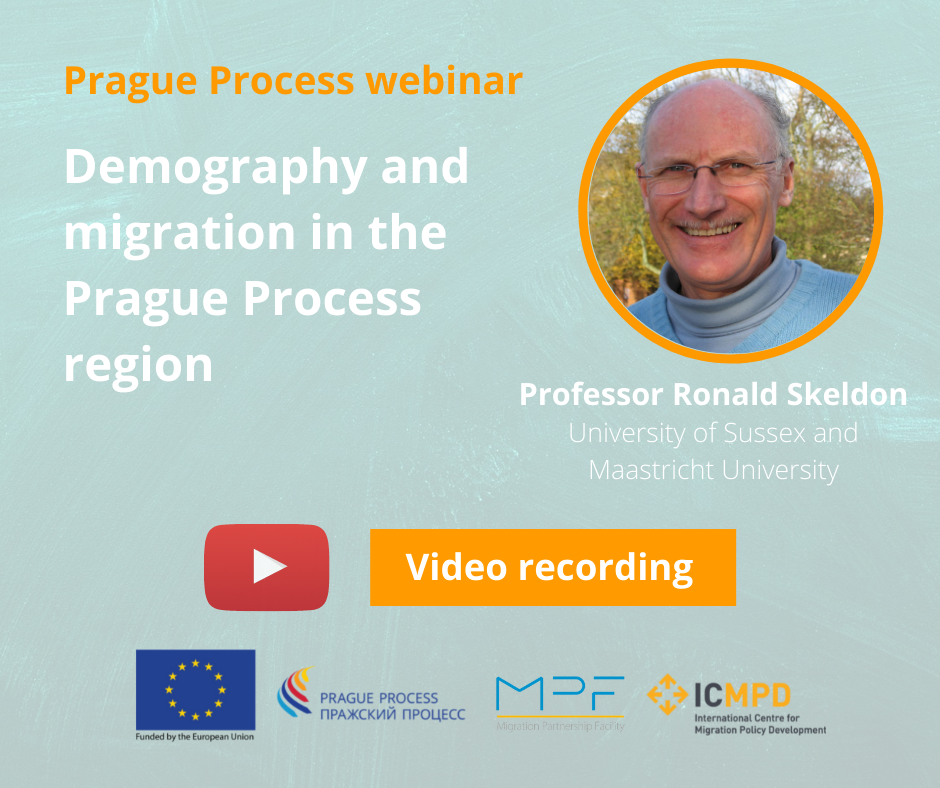 The webinar focused on one of the widely recognized global processes: the decline of human populations. Rapid population growth accompanied development during the second half of the 20th century. Demographic decline or the potential for decline will underlie development over the first half of the 21st century. This webinar and the accompanying Policy Brief drew attention to some of the inherent tensions created by this process and specifically its linkages with migration, both internal and international. The webinar flagged up the overall demographic trends across the Prague Process countries, identified differences amongst them, and highlighted policy issues that would need to be addressed, particularly in terms of migration policies.