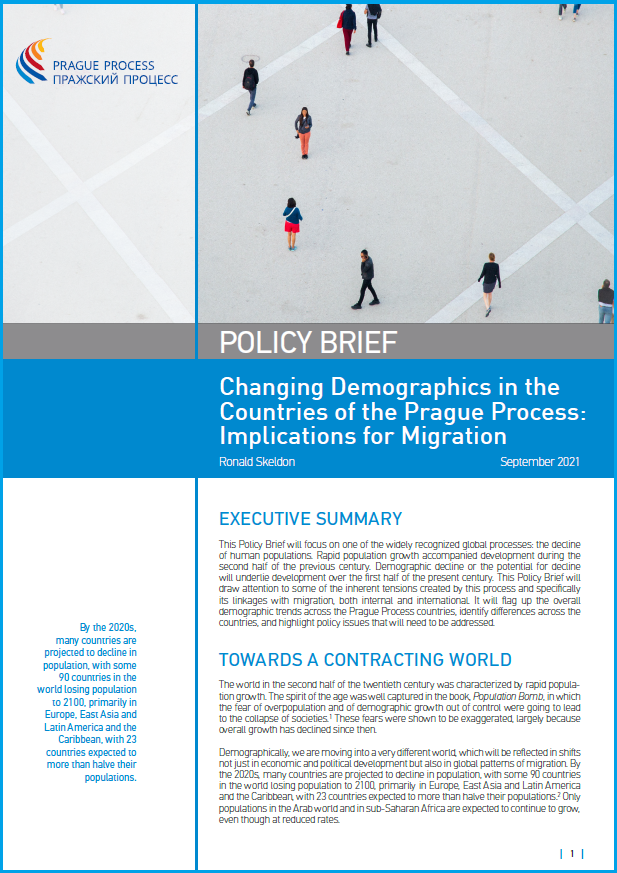 The world in the second half of the twentieth century was characterized by rapid population growth. The spirit of the age was well captured in the book, Population Bomb, in which the fear of overpopulation and of demographic growth out of control were going to lead to the collapse of societies. These fears were shown to be exaggerated, largely because overall growth has declined since then.

The new Policy brief authored by Prof. Ronald Skeldon focuses on one of the widely recognized global processes: the decline of human populations. Rapid population growth accompanied development during the second half of the previous century. Demographic decline or the potential for decline will underlie development over the first half of the present century. This Policy Brief draws attention to some of the inherent tensions created by this process and specifically its linkages with migration, both internal and international. It flags up the overall demographic trends across the Prague Process countries, identifies differences across the countries, and highlights policy issues that will need to be addressed.