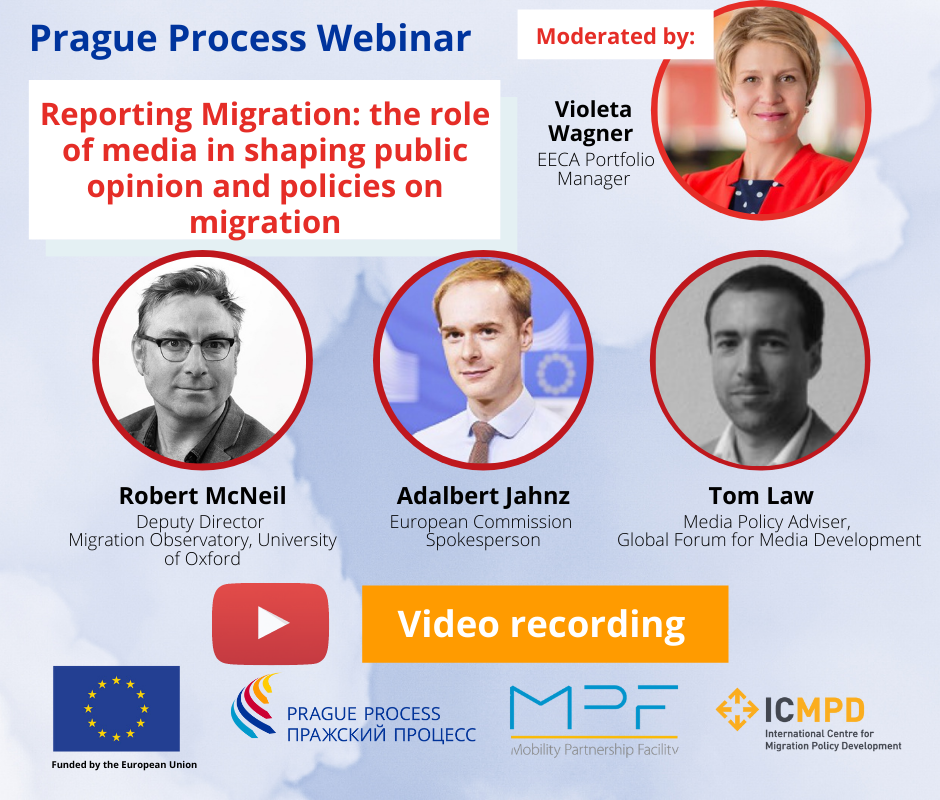 The webinar assessed the role of media in shaping public opinion while informing on migration and related policies. It further introduced the Handbook on “Reporting Migration” developed in 2020 within the MOMENTA 2 (Migration Media Training Academy) project, funded by the German Federal Foreign Office. Its main aim had been to improve media migration reporting in the Eastern Partnership countries by helping journalists to create impartial, fact-based reporting in an engaging way.

Robert McNeil: Researcher at COMPAS, Deputy Director/Head of Media and Communications, Migration Observatory of the University of Oxford. Previously, Rob was a reporter for various UK newspapers.