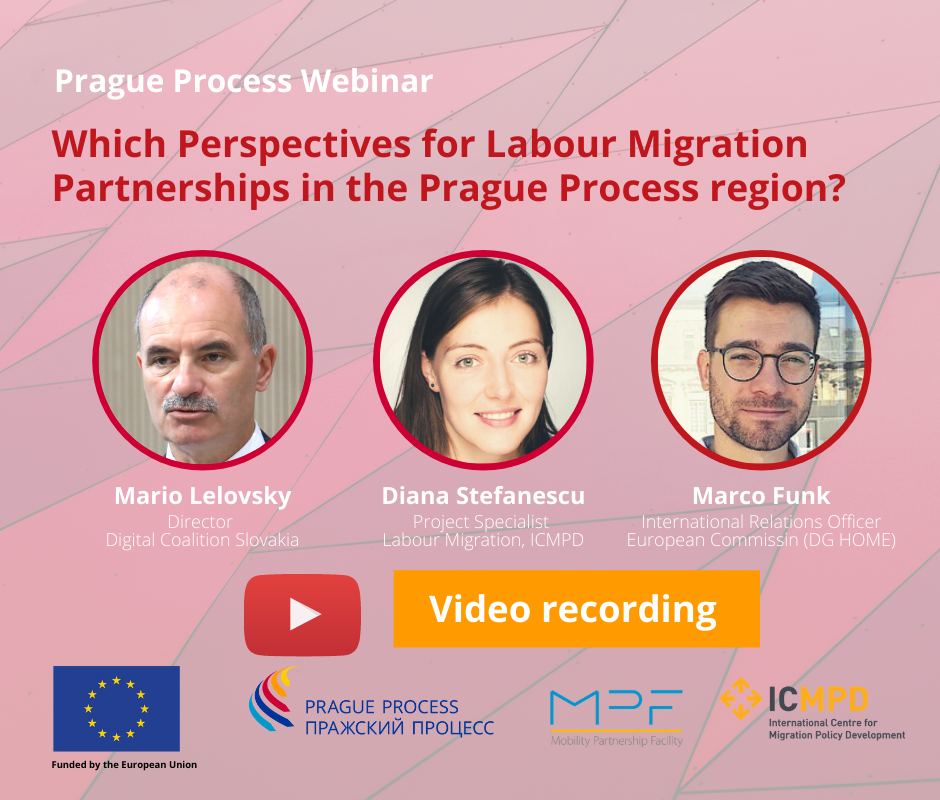 The webinar shed light on the EU’s past and future engagement and planning for labour migration initiatives with partner countries. Speakers presented key lessons learned from EU funded labour mobility initiatives, provided a general overview of the European Commission’s new Talent Partnerships concept announced in the New EU Pact on Migration and Asylum, and outlined the next steps envisaged for their operationalization. The webinar also highlighted plans for the first EU-funded labour mobility pilot project to be implemented in the Eastern Partnership region.

Mr Mario Lelovsky - Director of the Digital Coalition Slovakia, Vice-president of the IT Association in Slovakia (ITAS), and Vice-president of the Slovak National Union of Employers (NUE). Digital Coalition and ITAS have implemented a labour and student mobility programme between Ukraine and Slovakia, and will be part of “Talents for Moldova”, an innovative circular mobility scheme in the ICT sector between Slovakia and Moldova.

Ms Diana Stefanescu - Project Specialist – Labour Migration, ICMPD. In her function with ICMPD’s Mobility Partnership Facility, Diana has accompanied the implementation of the EU-funded pilot projects on legal migration in close cooperation with DG HOME. A political scientist by training, she previously worked for the German Federal Office for Migration and Refugees, and in the private and non-profit sectors in the Netherlands, France, Germany, and the US.