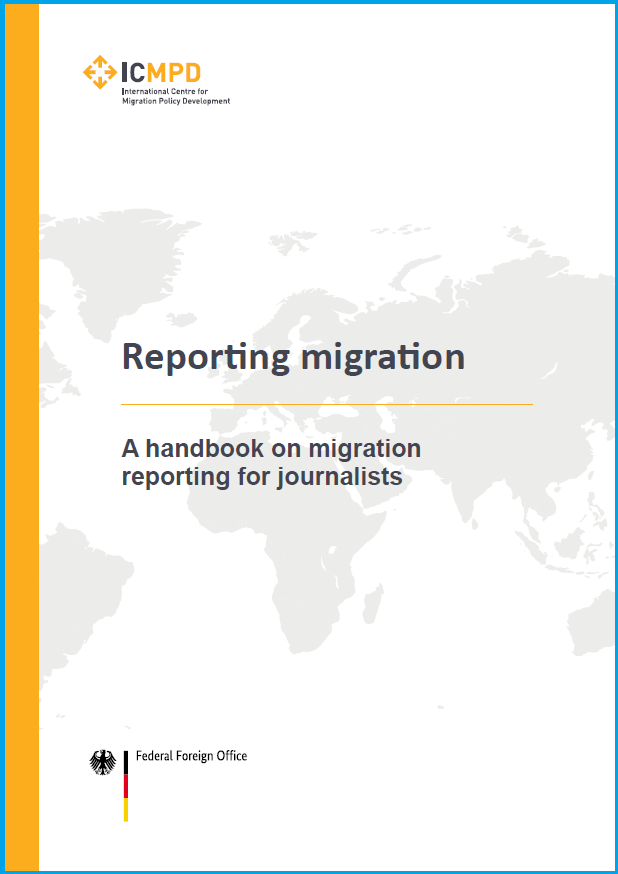 The Handbook on Reporting Migration has been developed within the framework of the MOMENTA 2 (Migration Media Training Academy) project, funded by the German Federal Foreign Office and implemented by ICMPD in 2020.

The handbook was developed in order to improve media migration reporting in the Eastern Partnership countries by cooperating with local journalism associations in Armenia, Azerbaijan, Belarus, Georgia, Moldova and Ukraine. Moreover, there was a need to create a model for comprehensive and systematic capacity building on migration reporting for media representatives.

To preview and download the paper please use this link.

Robert McNeil is the Deputy Director and Head of Media and Communications at The Migration Observatory at the University of Oxford, where he has been based for the last 10 years. In his early career, Rob was a reporter for UK newspapers and magazines including: The London Evening Standard; the Daily and Sunday Mirror; Red Magazine; BBC Wildlife; and as a news editor for regional newspapers. Rob has also worked in strategic communications, with roles including Media Director, Conservation International; PR Manager, Oxfam GB; and Press Officer, WWF-UK.

Tom Law is the Media Policy Adviser to the Global Forum for Media Development (GFMD) and an independent media development consultant. His previous role at the Ethical Journalism Network included leading campaigns, research and training on migration reporting and other issues. Tom has worked as an editor for Sudanese news organisations and as a freelance journalist.