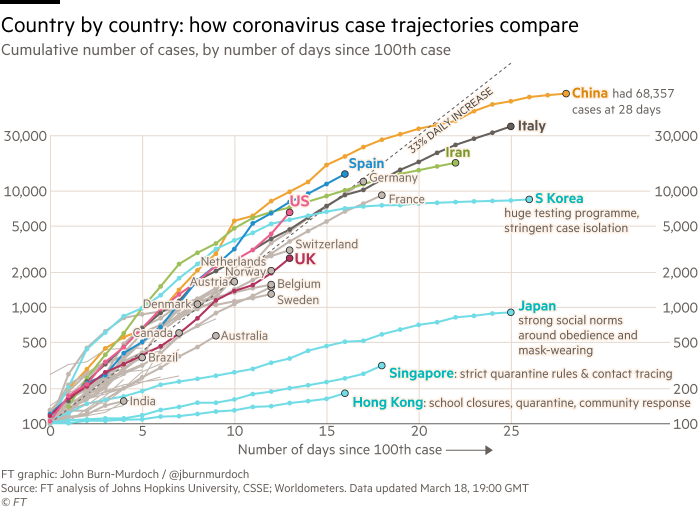 The Vienna Institute for International Economic Studies (wiiw) released its economic forecast for Central, East and Southeast Europe (CESEE) amid the outbreak of the coronavirus. The prognosis is unpromising, urging the countries to prepare for the worst year since the global financial crisis.

The rest of Europe is likely to follow the Italian example of the coronavirus spread. The growing pressure on the national health systems and lockdown restrictions similar to those of China or Italy will drive a lot of countries and firms into financial difficulties, while the recession of the first half of 2020 could be among the deepest of all time.

In the four scenarios initially established by the wiiw, the CIS countries, Ukraine and Turkey would perform the worst, while the EU member states and selected Western Balkan countries could fare relatively better. Wealthier states with better healthcare systems will have more chances to offset the downturn. The economies of countries relying heavily on energy exports (e.g. Russia and Kazakhstan) or tourism - such as Croatia, Albania, Slovenia and Montenegro - could be most affected. The tourist sector as such shall prepare for a longer-term deterioration.

In general, a lot will depend on the coordination among the big central banks in terms of their fiscal response. At the same time, the capacities across the CESEE differ significantly. A strong and timely response is expected from global players such as the US, China and Japan. Opposite to the experience of the 2009 financial crisis, the countries should not count upon any major support of the International Monetary Fund (IMF). Moreover, the remittances received from labour migrants working abroad are expected to decrease significantly.

Beyond its economic impact, the coronavirus pandemic could strongly harm the integration processes in the region, including within the EU. However, given the high degree of uncertainty, any realistic conclusions may only be expected approximately 18 months from now.

The coronavirus has temporarily diverted the attention of economists and policymakers from structural challenges such as the shortage of labour experienced by most countries of the region. These labour shortages are likely to become more acute as the borders close and labour mobility is halted. One positive aspect may consist in the faster and stronger digitalisation expected, which could help CESEE to increase their productivity and improve their service sectors. The digitalisation will eventually require a (re)skilling of the labour force and significant investments in new technologies.

*This article is based on the wiiw webinar: Spring Forecast 2020 for Central, East and Southeast Europe. Check wiiw related publications here.