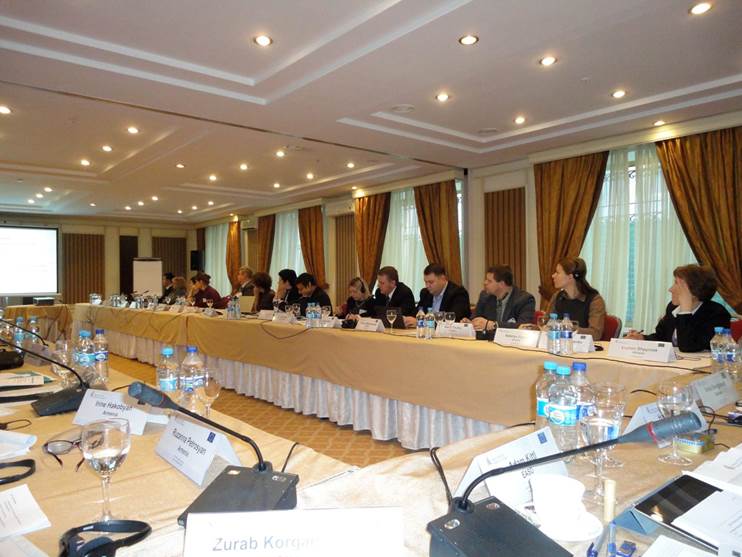 The aim of the mid-term workshop was to summarize the activities that had been conducted in the framework of the project as well as to discuss next steps. The participants discussed the results of the study visits and national trainings as well as the first drafts of the country specific roadmaps on training needs in the field of asylum prepared by the participating countries. Asylum experts from Sweden, Germany and UK analyzed differences between the systems of Sweden, UK and Germany in their national training programs. UNHCR presented recent developments in the implementation of the Quality Initiative (QIEE) project and the ways to avoid overlapping and ensure synergies between the 2 projects. EASO described their plans on further development of the training curriculum. At the end of the meeting participants discussed the next steps in the implementation of Pilot Project 4 including finalisation of the country specific road maps, drafting Prague Process guidelines and conducting the final conference of the Pilot Project 4 on 19-20 March 2014.