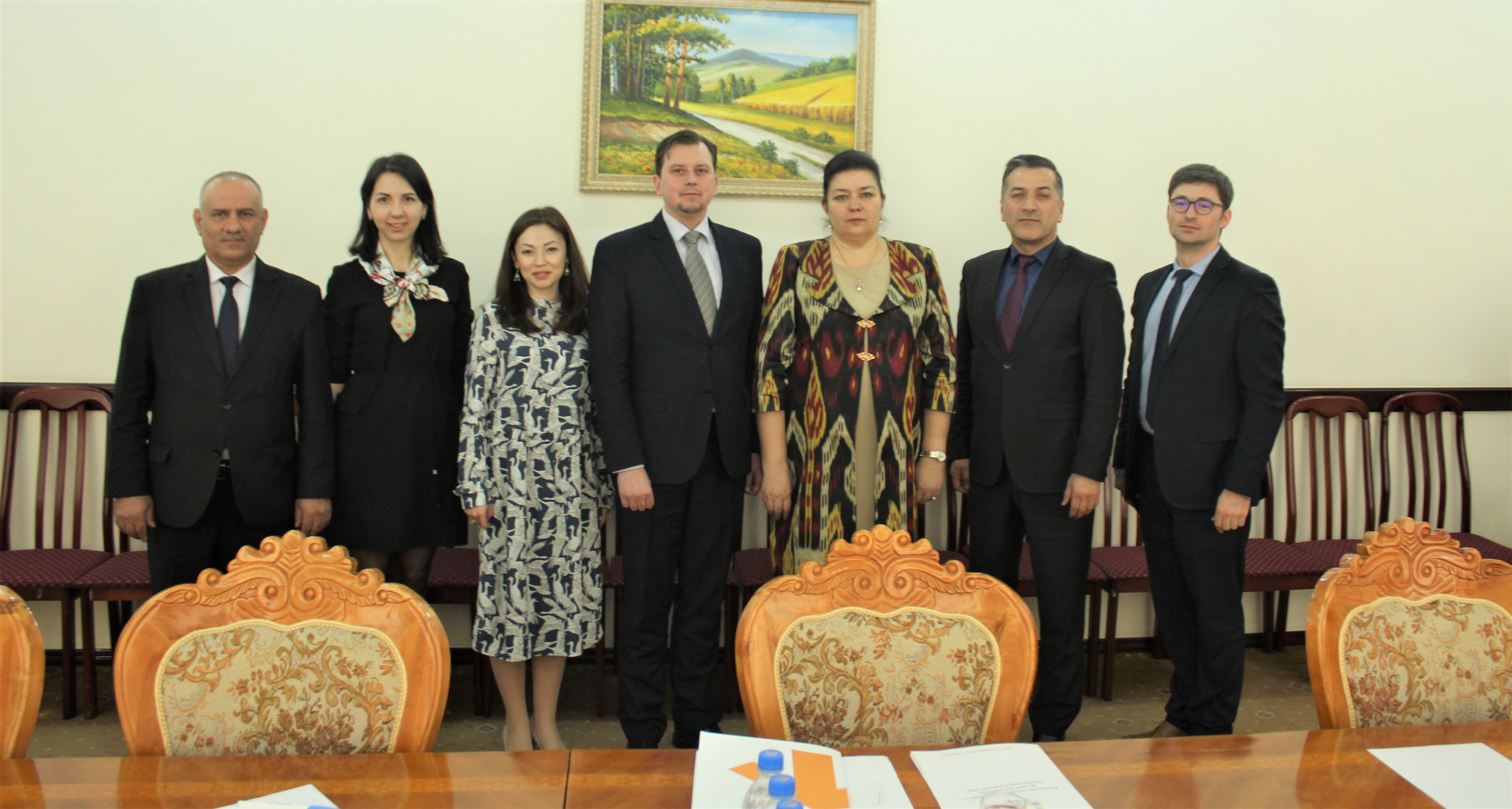 On 13 March 2019, a meeting with the high-level representatives of the Ministry of Labour, Migration and Employment of Tajikistan took place in Dushanbe. The meeting was carried out in the framework of an ICMPD mission led by Mr. Radim Zak, Prague Process Coordinator and ICMPD’s Regional Coordinator for Eastern Europe and Central Asia. The parties discussed various areas of cooperation and, among others, cooperation in the area of legal and safe migration, labour migration beyond the Russian labour market.

Ms. Sumangul Tagoyzoda, Minister of Labour, Migration and Employment of Population, expressed her gratitude to ICMPD for existing cooperation, and particularly acknowledged cooperation within the MIEUX initiative, as well as the Prague Process and the Budapest Process migration policy dialogues being the valuable instruments supporting Tajikistan’s migration governance. She highlighted that Tajikistan is interested in continuing strategic and practical cooperation, such as the implementation of the new Roadmap towards the diversification of external labour migration and actualisation of relevant policies and legal documents.

The Roadmap was developed during the three-day workshop, held on 13-15 March and organised in the framework of the EU-funded MIEUX initiative (Migration EU Expertise – www.mieux-initiative.eu), and also involved private employment agencies. According to Minister Tagoyzoda, due to its high quality and relevance, the new roadmap could serve the basis for developing Tajikistan’s new migration strategy. The Minister also expressed her interest in the experience of ICMPD with managing the Migrant Resource Centres in Pakistan, Afghanistan and Iraq, since Tajikistan may need similar services in the future.

The emigration of Tajik nationals, primarily to Russia, in pursuit of better work opportunities largely affects Tajikistan’s migration sphere. According to an official estimate, in 2015 almost 600,000 Tajiks - approximately seven percent of Tajikistan’s population – resided abroad permanently. As a result, the Tajik government has recently started focusing on the diversification of its labour migration schemes by exploring potential new destination such as the EU countries, Turkey, South Korea and Canada.