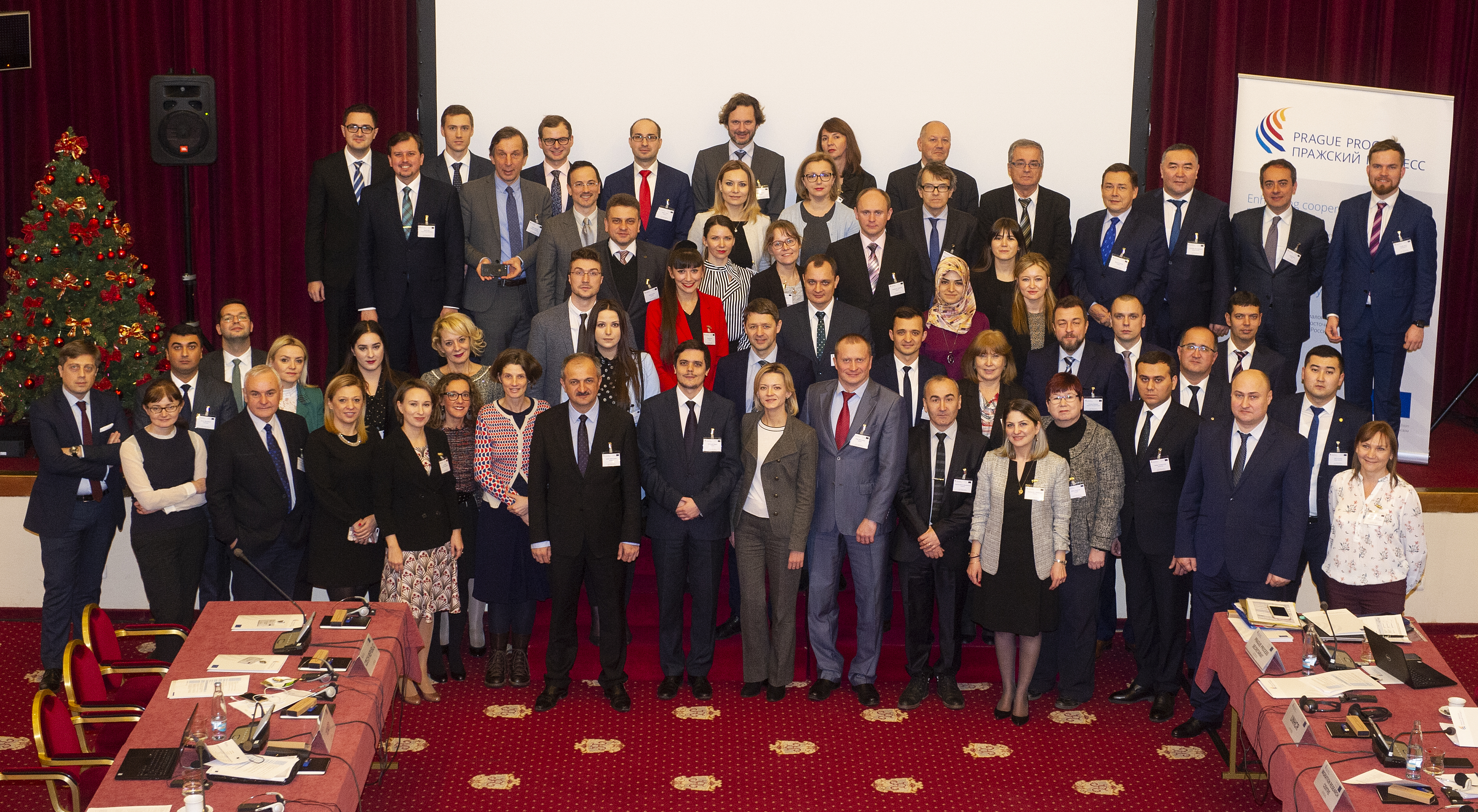 On 17-18 December 2018, the Prague Process Senior Officials’ meeting took place in Prague, Czech Republic. The meeting gathered 65 participants from the states participating in the Process, as well as representatives of the European Commission, European University Institute, Migration Research Centre, UNHCR, and ICMPD.

The meeting agenda envisaged three working sessions. The first day featured discussions on the latest migration policy developments in the participating states and reflections to the questions outlined in the discussion paper, presentations by the current Austrian and the upcoming Romanian EU Presidencies and an overview of the activities and products accomplished by the Prague Process Migration Observatory and Training Academy. The second day was devoted to development of new concepts relevant to the region, including the public attitudes on migration, the role of the media in shaping the debate, migration management at the municipal level or possible ways to further enhance anti-trafficking policies.

Among the national priorities expressed during the tour de table, the areas of return and readmission received most attention, followed by policies on fighting irregular migration, actions targeting legal and labour migration, need to strengthen anti-trafficking and anti-smuggling capacities and mechanisms, and the area of asylum and international protection. The demographic situation in many countries requires new labour programmes (e.g. Finland is experiencing labour shortages, whereas Uzbekistan searches solutions for employment of their nationals abroad). The need for integration and reintegration programmes was expressed by most EaP states (Georgia, Armenia, Belarus, and Moldova). Developing, revising and adopting of national strategies on migration was equally mentioned by most states.

Participants expressed their satisfaction with the PP DATA achievements in 2018 and supported the actives proposed for 2019. Many states are ready to host Prague Process activities next year.The discussion on the Global compact on Migration (GCM) concluded that the Prague Process is well placed to monitor the GCM implementation, despite the fact that some participating states did not endorse the GCM.

At the end of the meeting, Lithuania announced its chairmanship of the Prague Process Strategic Group in 2019.