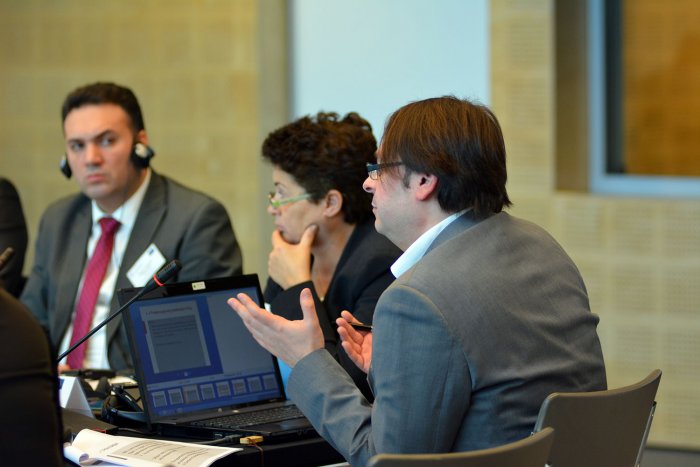 During the workshop participants exchanged the best practices on the return of migrants without a stay permit. The meeting was opened with a presentation on Multicultural aspects in establishing/confirming identity/nationality of migrants. The importance of the training courses, where not only the country of origin information but also other cultural issues are studied, was underlined. The activities raising awareness of cultural differences of the officers directly working with migrants were mentioned, while the expertise of Poland in this regard was used as a good practice.

Referring to the improvement of cooperation with countries of origin and countries of transit in the field of establishing the identity of irregular migrants, the positive impact of the application of the new technologies was acknowledged. It enables inter alia swift access to foreigners’ travel documents, and thus accelerates a return to their countries of origin. Furthermore, the attention has been drawn to the necessity of ensuring the security of transmitted data.

The need to maintain constant and direct contacts with the officers in the counties of origin was also underlined. As was repeatedly noted, this facilitates the strengthening of a bilateral network and helps to develop effective cooperation mechanisms in the field. In relation to this Hungary presented experience in the migration management area connected to the activities implemented on multilateral level (such as Prague Process and Budapest Process), as well as on bilateral level (cooperation with counties of transit and countries of origin).

The need to ensure swift identification of people who urgently require international protection was also emphasized. Effective migration management requires effective operational cooperation directed at, among others, fighting networks of smugglers and traffickers, and activities in this sphere have to be taken both at bilateral and multilateral levels.

The fourth and final Workshop of the Pilot Project 5 will take place in Bucharest in March 2016.