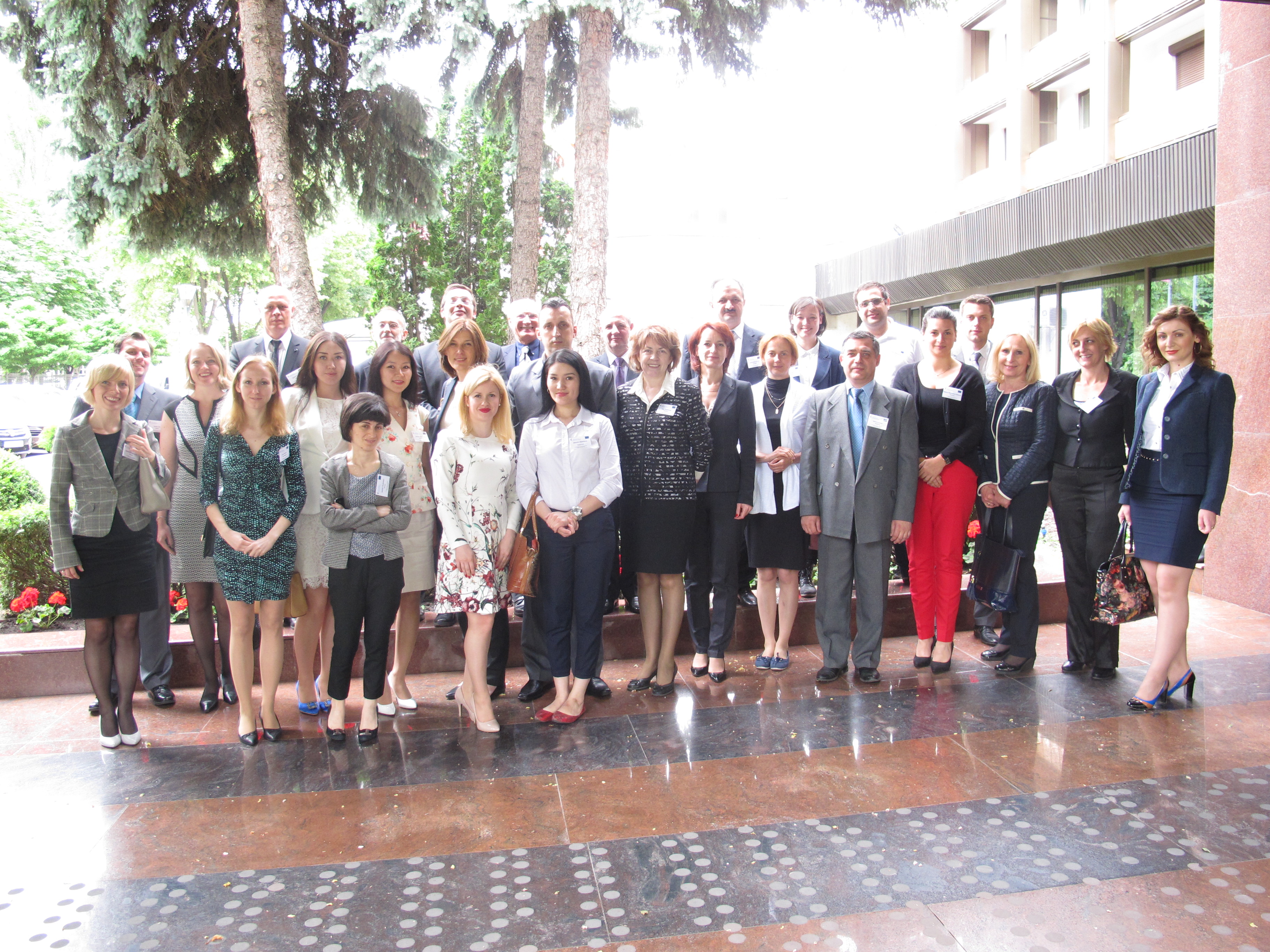 The meeting was opened by statements on behalf of the Deputy Minister for Internal Affairs of the Republic of Moldova, Mr. Piotr Mierecki, Director of PP TI, Ministry of Interior of Poland and by Mr. Andrei Vrabie, Project Manager at the EU Delegation in Moldova. The speakers underlined the importance of migration for trade and entrepreneurship, the national labour market and economic development in the whole. The good example of Moldova in successfully tackling M&D was also exemplified by some 80 initiatives implemented in cooperation with the EU Delegation in the migration area, as well as the budget support granted for the successful completion of the visa liberalization process.

After taking stock of the main policy documents and achievements in the M&D policy area, Ms. Malin Frankenhaeuser (ICMPD) pointed to some of the more recent priorities established, including human development, trade, agriculture or policy coherence and the mainstreaming of migration into development policies. Mr. Ronald Skeldon (University of Sussex) thereafter provided a short overview of some of the social consequences resulting from migration. While differing national contexts would require different approaches, it could generally be assumed that most migrants are young adults and that migration decisions are mostly taken at the household level. The importance of migration for the evolvement of gender roles was also underlined.

The “Prague Process Guidelines on Managing Labour and Circular Migration”, jointly developed by interested participating states in the period August 2012 – October 2014, were also shortly discussed. Several states underlined the importance of the developed guidelines for their own policy development.

Bosnia and Herzegovina, Georgia and Moldova presented their good practices on diaspora engagement. All three states shared the aim of finding a comprehensive approach by linking diaspora issues to other relevant policy fields. The various efforts undertaken reached from establishing effective emigration policies, to the signing of bilateral agreements and the improvement of the national migration strategy. The three countries also presented a number of successful projects linked to their diasporas, already put into practice.

The important issue of remittances was then tackled by two presentations on behalf of Mr. Manuel Orozco (IFAD) and Ms. Milica Aksentic (Western Union). General policy recommendations could entail the simplification of all related administrative procedures, the reduction of transfer costs and provision of credits. The global flow of remittances increased by four times from 127 Bio. U$ in 2000 to nearly 600 Bio. U$ in 2013. Within the Prague Process region, remittance flows had similarly quadrupled from 47 Bio. to 170 Bio. U$.

The second day featured a presentation on M&D trends and emerging issues, including various rights such as access to health care and education or the need to focus on the local level. During a Tour de Table, the attending states shortly intervened on their national key priorities, recent policy developments, challenges and success stories in the field of M&D. Finally, Moldova gave a comprehensive overview of the lessons learnt in pursuing Policy Coherence on M&D.