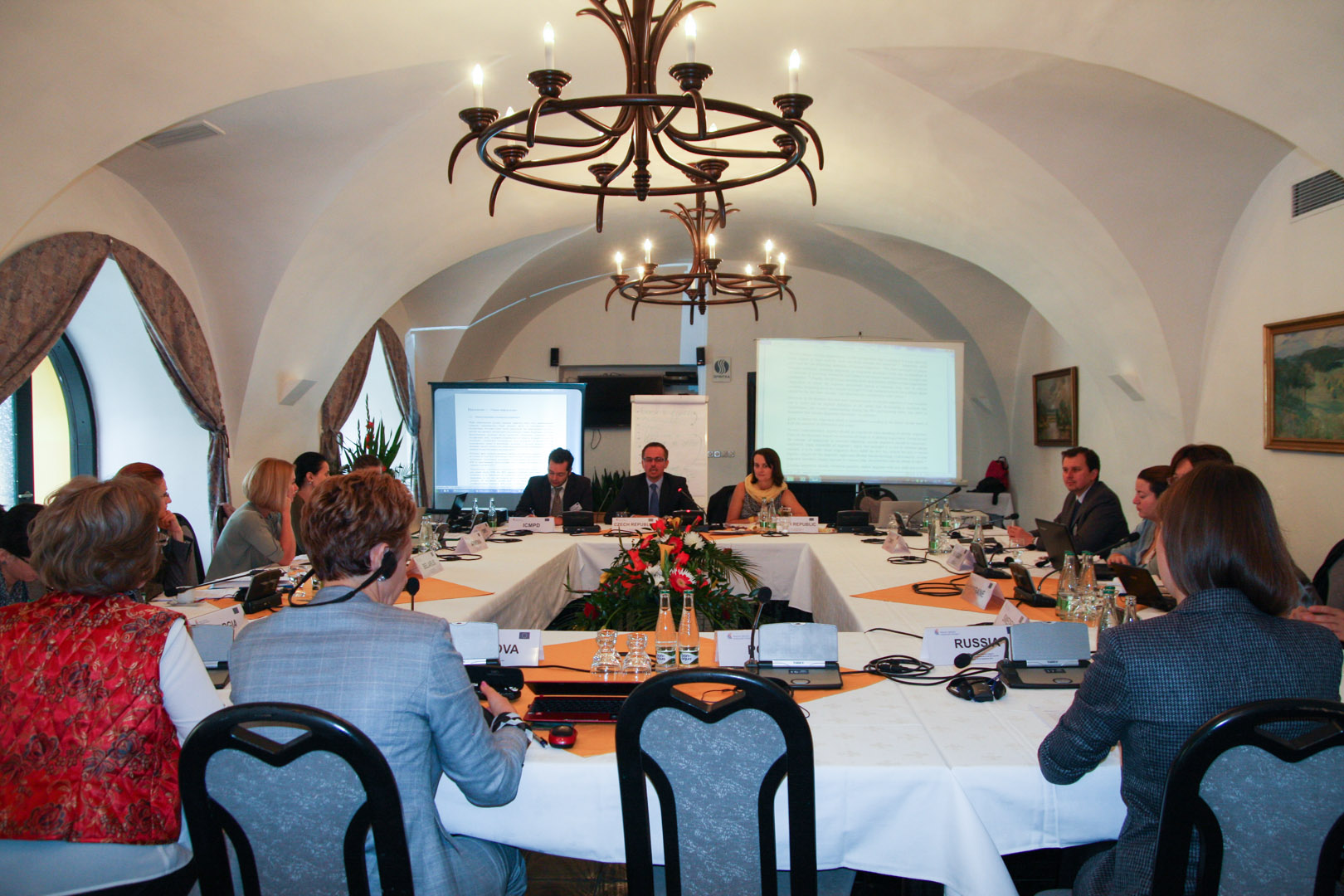 Exactly two years after the Kick-off Workshop in Budapest in 2012, Pilot Project 2 on Legal Migration (PP2) and Pilot Project 3 on Migration and Development (PP3) were closed in a Joint Concluding Workshop, which took place in Prague on 25-26 September 2014. The 1,5-day Workshop gathered representatives of 12 participating states, as well as the Prague Process Secretariat at ICMPD.

The meeting was dedicated to the discussion of the structure and content of the Prague Process Handbook on Managing Labour and Circular Migration, developed in the course of the two Pilots. The participating states were invited to give their feedback on the preliminary version of the document in order for the final version to be officially endorsed at the Senior Officials’ Meeting of the Prague Process, taking place on 28-29 October 2014 in Berlin.

The workshop was opened with welcome notes by Hungary and the Czech Republic, the PP2 and PP3 Leading States, as well as Poland, the Leading State of the Prague Process Targeted Initiative. The morning session was dedicated to the presentation of the overall Handbook structure, as well as the Labour Migration section of the document. Each presentation was followed by a tour de table in order for participating states to give their feedback. The same approach was taken during the afternoon session, which served the presentation of the Circular Migration section of the Handbook. Thereafter, the participating states were introduced to the concept of the future Pilot Project 6, dedicated to the issue of Students Mobility, which will be launched in November 2014 for a period of 14 months. The day was rounded off by a guided city tour and a joint dinner, provided by the hosting state.

The second day was opened by Mr. Tomas Urubek, Head of Unit for International Relations and Country of Origin Information at the Department for Asylum and Migration Policy, Ministry of Interior, Czech Republic. The final session served the presentation and discussion of the so-called ‘Background Information’ to the Handbook. Finally, it was agreed to establish a definition of circular migration to be included in the Joint Handbook. Participating states were granted the opportunity to also submit their feedback and inputs in written after the termination of the Workshop.