This analytical report on the Extended Migration Profile (EMP) of the Republic of Moldova, 2008–2013 edition, is a country-owned tool developed in consultation with a wide number of government and non-government stakeholders, and it is envisaged to be used for enhancing policy coherence, evidence-based policymaking, and for mainstreaming migration into national development planning.

The migration studies that have been carried out reveal that the economic reasons remain to be the main push factor for Moldovans, especially the lack of local employment opportunities and low salaries offered in the country. The migration phenomenon in Moldovan context continues to be characterized more by international emigration of the country’s population and less by immigration of persons from abroad. 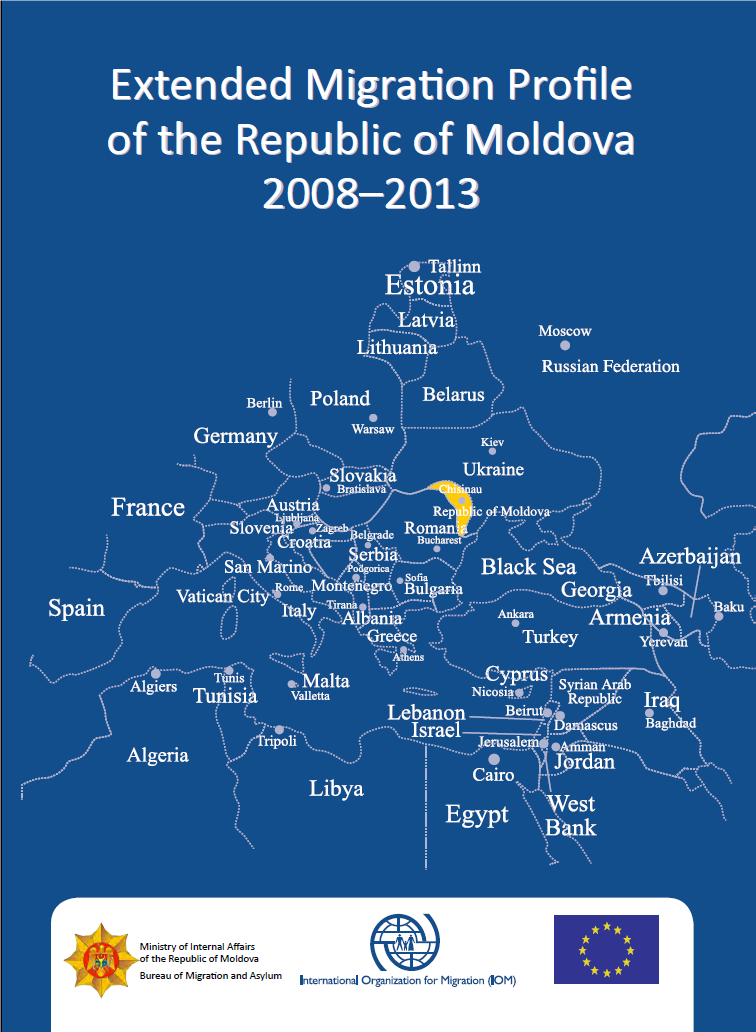 Olga Poalelungi, Jana Mazur Bureau for Migration and Asylum of the Ministry of Internal of Affairs of the Republic of Moldova Publisher: International Organization for Migration, Mission to Moldova