Impact of the Situation in Afghanistan on the Central Asian Countries: Implications for Migration

In August 2021, the radical Taliban movement took control of almost the entire territory of Afghanistan. Fearing for their lives, many Afghan citizens want to flee the country. The prospect of a migrant influx from Afghanistan greatly concerns the Central Asian countries, since radical Islamists may also cross the border along with the displaced population. To effectively counter and be prepared for different scenarios, the Central Asian countries have been strengthening their borders and enlisting the support of fellow member states of regional associations, such as the Collective Security Treaty Organization (CSTO) and the Shanghai Cooperation Organisation (SCO). This publication describes the situation in Afghanistan and the related policies of the Central Asian countries in terms of possible forced displacements. 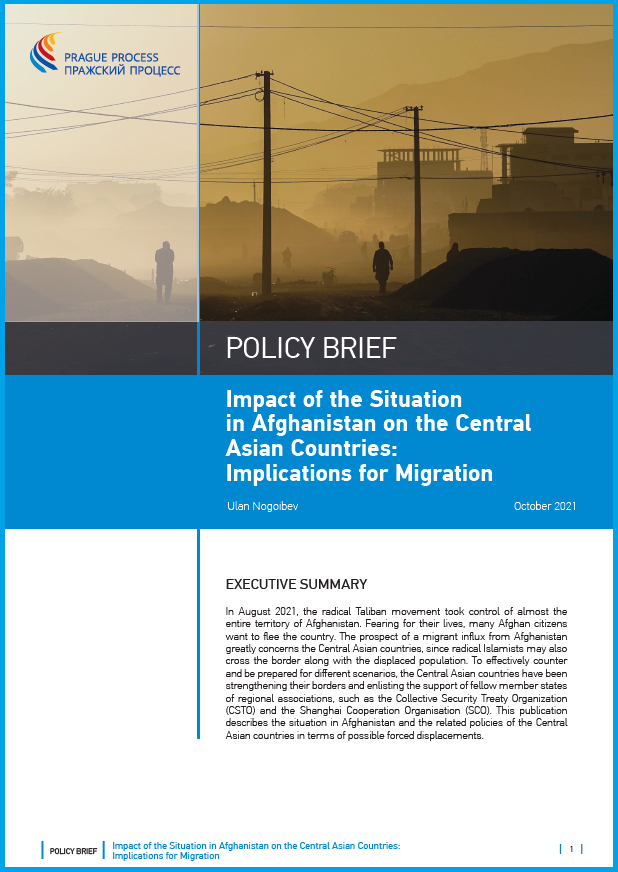 Ulan Nogoibaev, Deputy Head of the Secretariat of the Migration Council under the Speaker of the Parliament of the Kyrgyz Republic. | This publication was produced in the framework of the ‘Prague Process: Dialogue, Analyses and Training in Action’ initiative, a component of the Migration Partnership Facility, with the assistance of the European Union. The contents of this publication are the sole responsibility of the author and in no way represent the views of the European Union neither reflect the position of the organization to which the author belongs.