This third collection of selected publications produced within the Prague Process Migration Observatory is released amidst Russia’s war against Ukraine, which has resulted in the largest human displacement witnessed in Europe since World War II. More than 14 million people were forced to flee their homes in search for safety. Nearly seven million people have fled to neighbouring countries and further afar, with women and children accounting for the vast majority of the externally displaced Ukrainian citizens. Two chapters address the migration repercussions of the war: First, special attention is given to the vulnerability among those fleeing the war to human trafficking. Secondly, the elaboration of possible post-war scenarios shall allow us to better understand the mid- and long-term migration repercussions of the war.

This book is also released shortly before the fourth Prague Process Ministerial Conference, which shall set the political mandate and content of our joint cooperation for the years to come. The first section thus entails the background papers developed on the six thematic areas of the Prague Process. Providing a concise overview of the key considerations at hand, these documents have informed the intergovernmental discussions within the process of jointly formulating the future Action Plan.

The book further contains a number of publications dedicated to other important migration aspects, corresponding to the traditional format of this series. The COVID-19 pandemic still resonates globally, the developments in Afghanistan deserve continuous attention, and economies have been facing new challenges related to food and energy supplies, which will remain in the focus of the Migration Observatory. 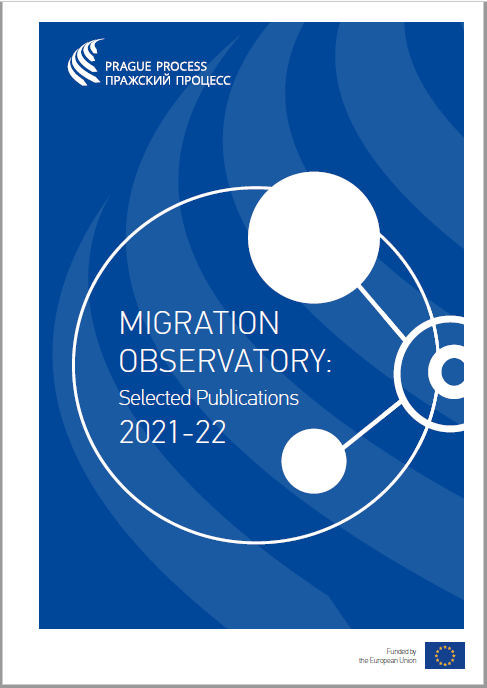