In spite of the EU-Turkey Statement of March 2016 and the subsequent closure of the “humanitarian corridor” through the Balkans, leading to reduced numbers of people on the move, the key importance of this route and the pressing need to improve migration policies in the Balkan region persists. Even more so, the continuous illegal pushbacks of people who entered irregularly and restrictions on access to asylum procedures remain common throughout the region.

Border restrictions, pushbacks, and non-functional readmission agreements (systematic refusal of readmission requests) have characterised national migration and asylum policies in the Balkans since March 2016, and negatively influence bilateral and multilateral relations by reaffirming a lack of solidarity, cooperation and awareness of the benefits that a joint approach to migration challenges could bring to individual countries and the entire region. A whole range of issues that have important regional dimensions -  including access to asylum procedures, standards for fair and efficient asylum processes, readmission, protection of vulnerable groups, referral mechanisms - remain largely unaddressed to date. Although new asylum laws were introduced in Serbia and North Macedonia, which partially address the need for harmonisation with the EU Acquis, any form of dialogue or discussions on asylum and migration policies in the Balkans has occurred only sporadically and usually without involving civil society actors. Moreover, it has had little impact on actual policy-making and limited success in terms of establishing sustainable and effective regional networks.

At the same time, the most recent experience of the 2015-2016 migration challenges tested the capacities of the authorities along the route and improved their capacity to adapt and to be flexible in the context of developing situations. These positive practices should form part of the institutional memory in the national bodies of the Western Balkan states.

This report analyses the responses of three countries along the Balkan route (North Macedonia, Serbia and Croatia), as well as the lessons learned in the areas of entry and registration of new arrivals, migration management and transit of people on the move. 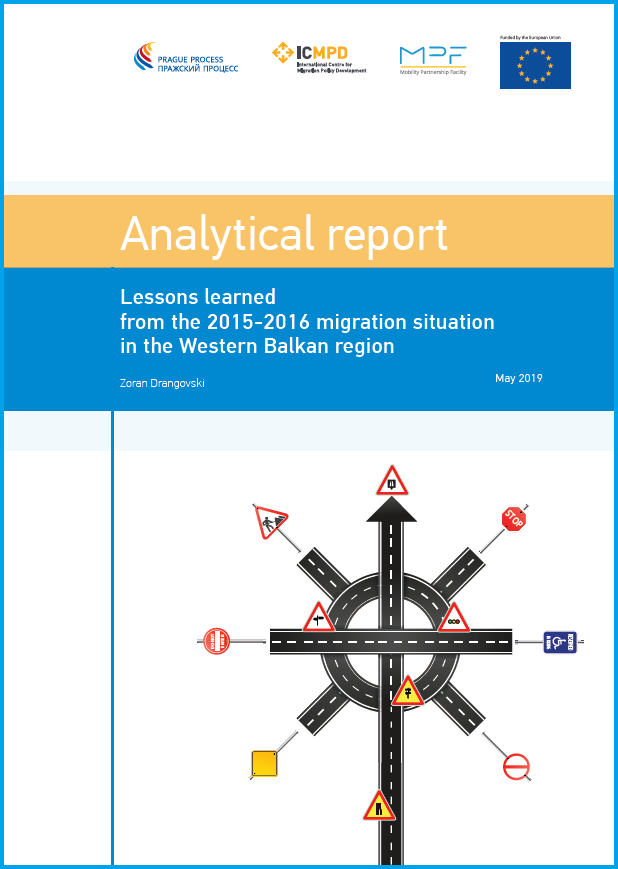