By acceding to the 1951 Geneva Convention Relating to the Status of Refugees and its Protocol in 1993, Armenia launched the creation of its asylum system, which eventually resulted in the adoption of the Law on Refugees in 1999. Ever since, Armenia has received some 3.400 asylum seekers, granting protection to 2,271 persons. Most of these people escaped from armed conflicts in the Middle East. Whereas Armenia thus received some 200 persons per year on average, this number in reality oscillated when hostilities or armed conflicts erupted in the regions of origin.

To present, the Law on Refugees and its subsequent amendments have failed to set out a concrete policy for addressing an eventual mass influx of asylum seekers at the Armenian border. In this context, the Law on Refugees and Asylum of 2008 (amended in 2015) referred to the provision of temporary protection. Nonetheless, the standing legislation remains incomprehensive as it fails to set forth concrete measures to ensure an immediate emergency response, including the accommodation and support required by those in need, or clear provisions on their necessary documentation.

This Policy brief suggests amending the Law on Refugees and Asylum in a way to stipulate the elaboration of an Action Plan setting out the adequate steps to be taken by the competent authorities in case of a mass influx of asylum seekers. Such measures foremost relate to the construction of camps, the provision of emergency assistance and the granting of temporary protection at the very Border Crossing Points (BCP). 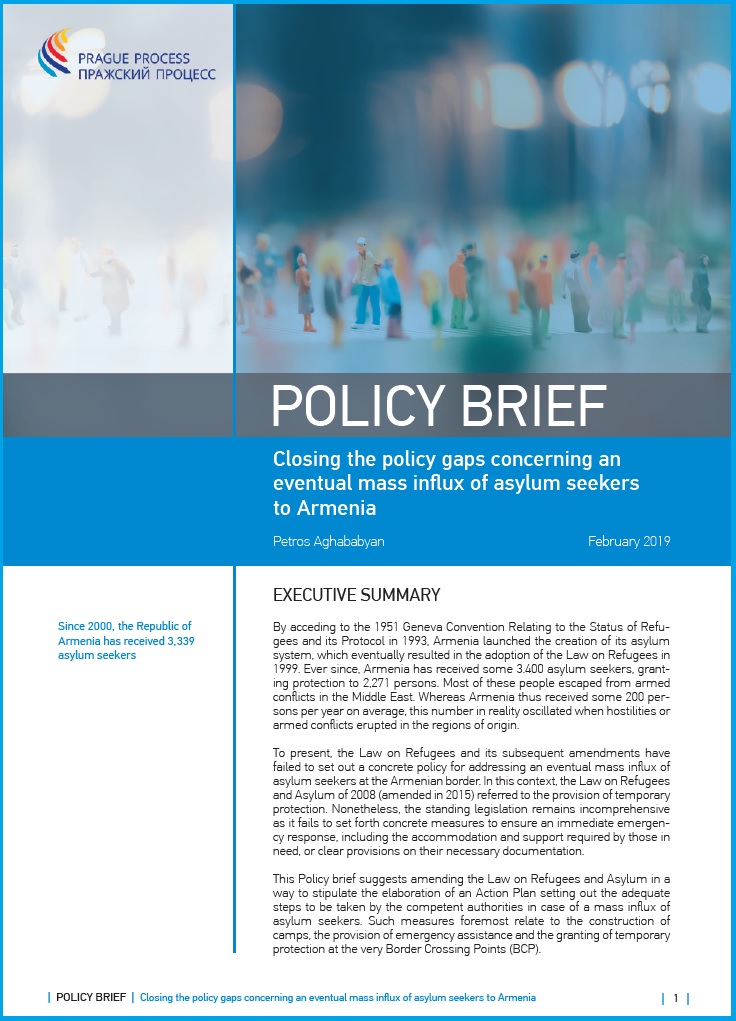