Nowadays, the Western Balkan region mainly represents a transit zone for refugees and migrants from the Middle East, West and South Asia and Africa aiming to reach Western and Northern Europe. Almost one million people crossed the Western Balkans (WB) to enter the EU in 2015-16.

The official ‘closure’ of the route in March 2016 reduced the migrant and refugee flows significantly, without halting them entirely. It rather resulted in increased numbers of ‘stranded’ migrants and asylum seekers who were detained, or whose journey was delayed, causing them to stay in their intended transit countries for several months or even longer. More recently, the channelling of migrants towards Bosnia and Herzegovina brought additional challenges to an already vulnerable and institutionally weak state. Whereas the EU support has been limited, the local population has perceived it as designed to keep people stranded in the WB for as long as possible.

The aim of this Report is to assess the recent migration flows across the WB using available statistical data from national and international sources. The Report will present a brief chronology of events since 2015 and introduce some country-specific data before providing concrete policy recommendations and conclusions. The selection of the countries and their order corresponds to the number of people received during the period covered by the report.

This Report calls for the establishment of a regionally coordinated response in order to: 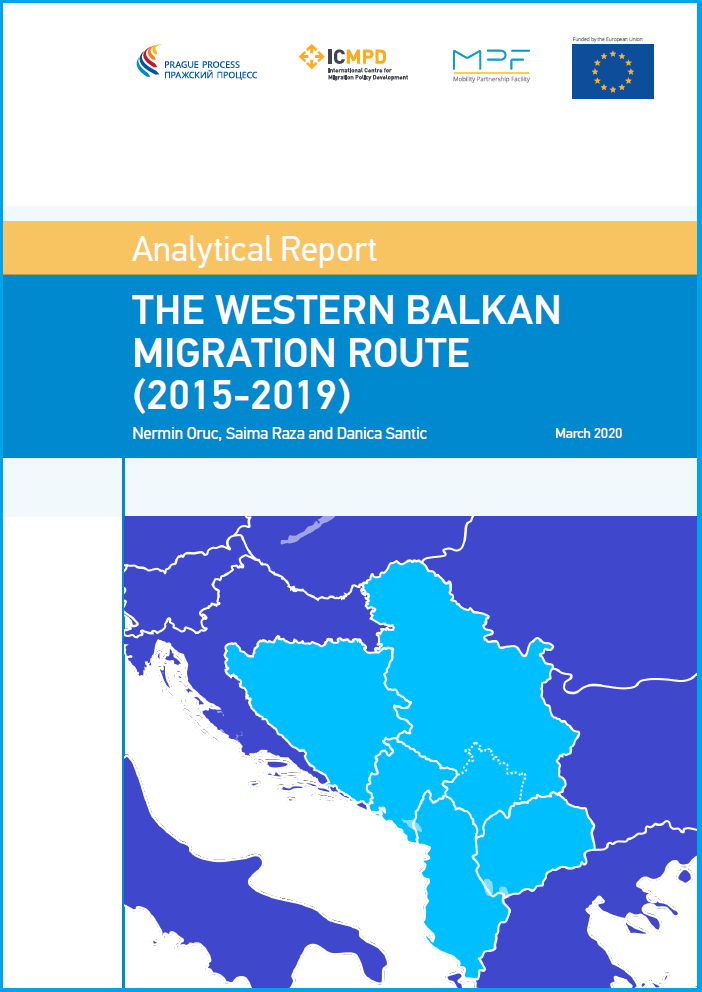 Nermin Oruc, Saima Raza and Danica Santic | This publication was produced in the framework of the ‘Prague Process: Dialogue, Analyses and Training in Action’ initiative, a component of the Mobility Partnership Facility II project, with the assistance of the European Union. The contents of this publication are the sole responsibility of the authors and in no way represent the views of the European Union.