How will migration to Europe look in the Future?

The policy brief looks at the migration trends of the past 20 years, outlines open questions to be addressed by national migration policies and makes an attempt to set forward four plausible scenarios of how migration to Europe may look in the future. In doing so, the brief also considers the impact of the CoVid-19 pandemic on migration.

The four scenarios envisage the following:

1) ‘Back to the early 2000s’. Rights-based admissions would still play a more important role than labour migration so that many third-country nationals settling in Europe would likely not immediately join the labour market.

2) Migration could be driven by the ‘Instability in the neighbourhood’. Scenario two assumes large-scale future population displacements affecting Europe.

3) ‘More selective admission of immigrants’. This scenario assumes that shortages of labour and skills in a number of EU Member States could trigger major migration policy changes: a shift from present admission criteria to a stricter skills-based selection of labour migrants and/or to a more demand- and employer-driven selection.

4) ‘Going native’. Scenario four assumes that migration policies become ever more restrictive, coupled with a general political consensus on such restrictions and a social climate in which migrants are not welcome. 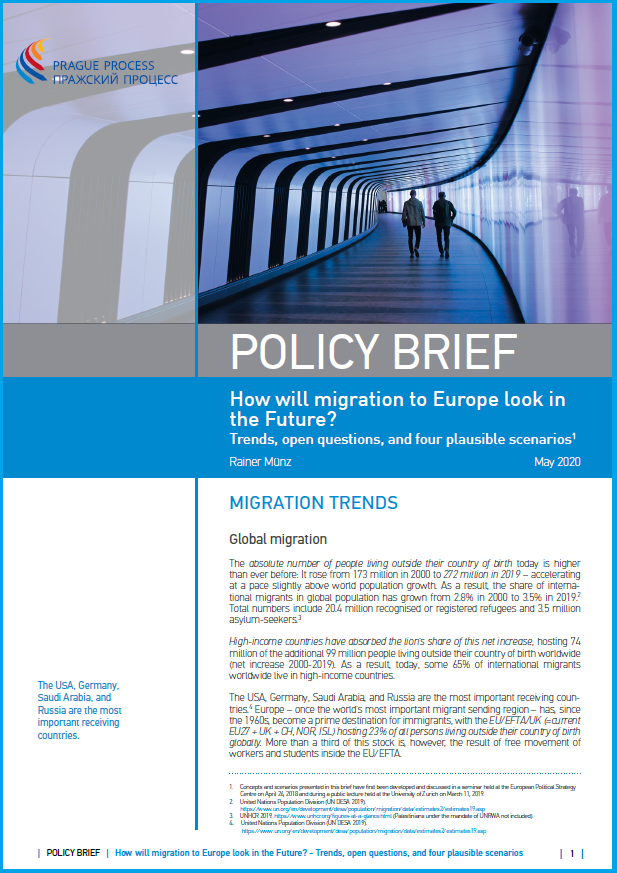