The 10th Anniversary of the Prague Process

The Prague Process is a mature state-led inter-governmental dialogue on migration. It gathers state authorities dealing with migration in a divergent Eurasian continent covering all European Union Member States, the Schengen Area states, Western Balkan countries, Eastern Partnership states, Central Asian republics, Russia and Turkey. This is an area stretching from Lisbon in the West to Vladivostok in the East and from Murmansk in the North to Valetta in the South. The 50 participating states of the Prague Process, with an overall population of almost one billion people, are overly diverse in terms of their size, geography, history, economy, exposure to migration and resulting policies. In 2009, they nevertheless agreed on establishing a joint migration policy dialogue based on its voluntary, informal and non-binding character, equal footing, mutual trust and genuine partnerships.

To date, three Ministerial Conferences (Prague 2009; Poznan 2011; Bratislava 2016) have set the overall direction of the Process. The annual Senior Officials’ Meetings represent its decisive body. The Prague Process has been implemented through several consecutive projects, involving all interested participating states on a voluntary basis. The main donor is the European while participating states have contributed financial support and in-kind contributions. ICMPD has served as the Secretariat of the Prague Process since its very beginning.

The third Ministerial Conference held in Bratislava in 2016 granted the Prague Process a political mandate for the period 2017-2021 and confirmed the continued validity of the 6 thematic areas and 22 concrete priorities set out in the Action Plan for 2012-2016. It also called for establishing a Migration Observatory and Training Academy, building on the outputs of previous years. Along with the overall dialogue function, the operationalisation of these two platforms constitutes the main objective of the ongoing ‘Prague Process: Dialogue, Analyses and Training in Action’ initiative. 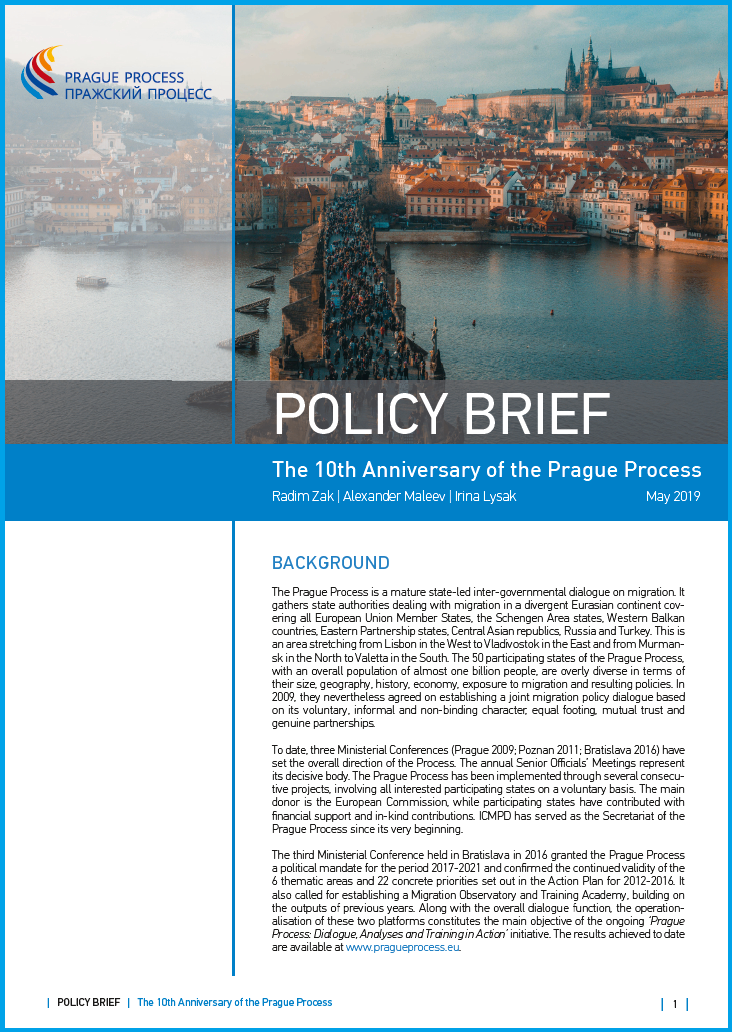