Ministry of Labour and Social Employment of Population

The main countries of destination for labour migrants are Russia, Ukraine, Kazakhstan, the USA, South Korea, and the countries of the Middle East. According to the 2015 official data of the National Statistical Service of the Republic of Uzbekistan, the number of immigrants totalled 145.300 persons; the number of emigrants totalled 183.8000 persons. The balance of migration amounted to -38,500 persons in 2015 (- 34.000 in 2013). The main migration exchange takes place between the Republic of Uzbekistan, the Russian Federation and the Republic of Kazakhstan. The migration to the Russian Federation and Kazakhstan has a circular and seasonal component.

The government of Uzbekistan envisages the management of labour migration via a system of public employment bodies. The Agency for External Labour Migration of the Ministry of Labour and Social Employment of Population provides for the organised transfer of labour migrants abroad. The government as an intermediary charges a fee for conclusion of a contract. 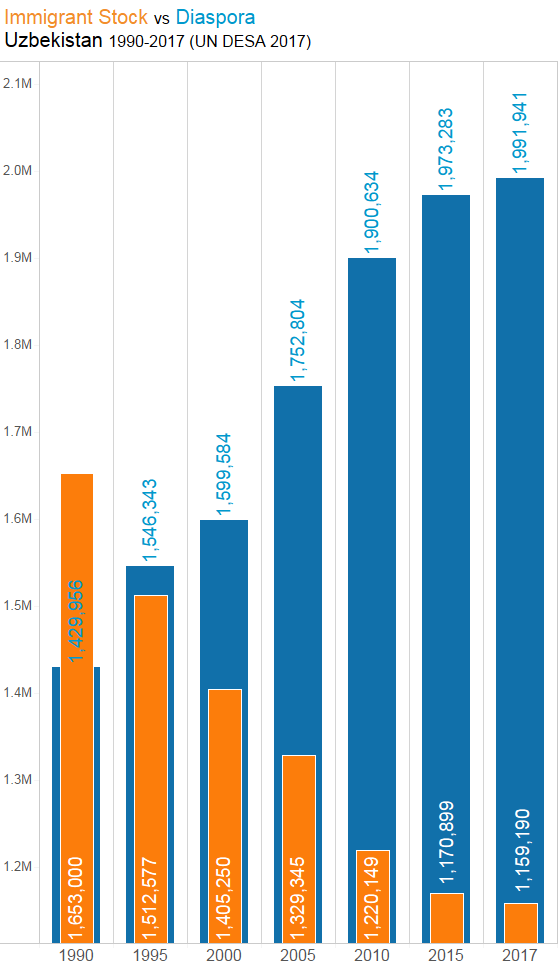 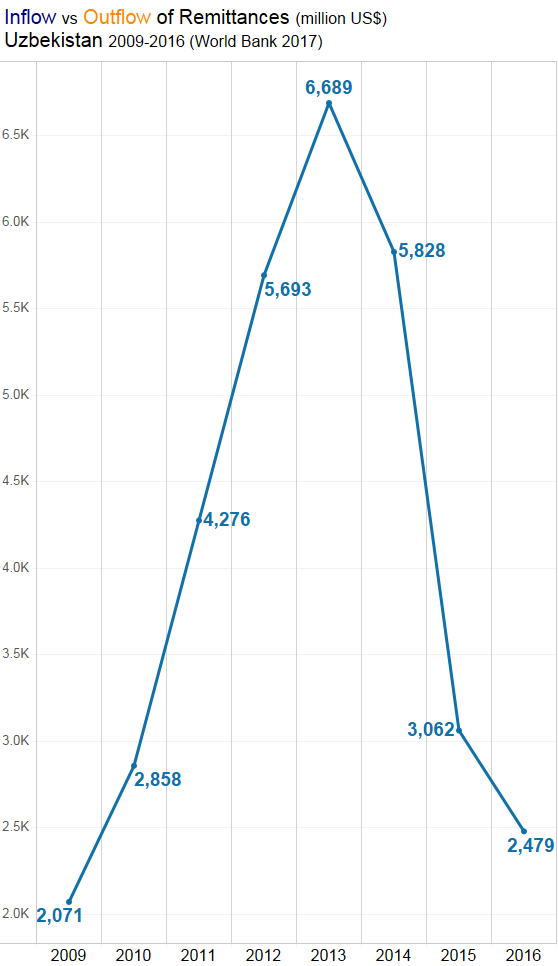