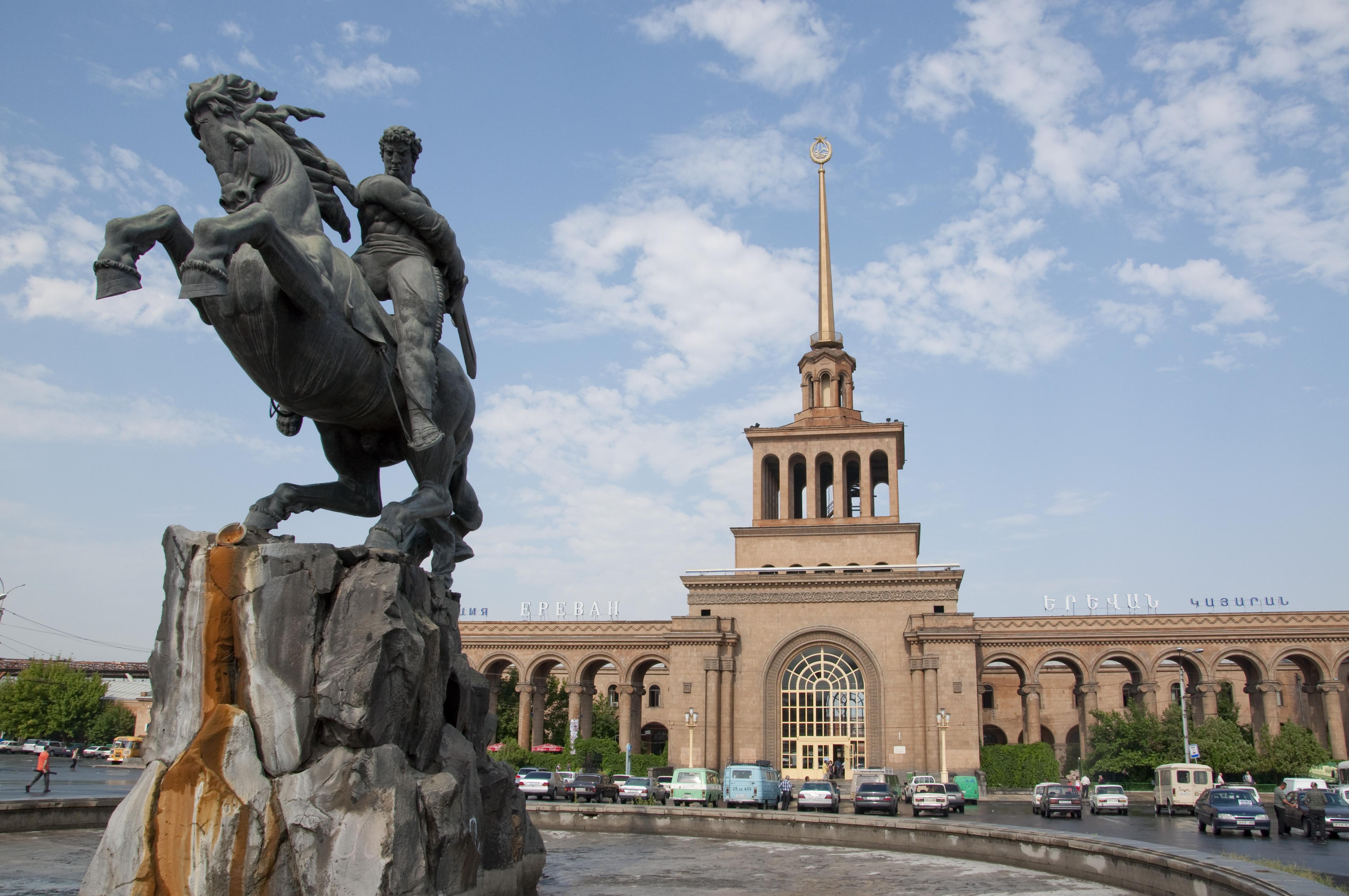 Ministry of Territorial Administration and Infrastructure

Office of the High Commissioner for Diaspora Affairs

Ministry of Labour and Social Issues

Migration Service under the Ministry of Territorial Administration and Infrastructure

Statistical Committee of the Republic of Armenia

National Security Strategy of the Republic of Armenia

The Republic of Armenia has one of the highest emigration rates in the world, amounting to nearly one-third of its population. In the past, the considerable exodus occurred by virtue of various political and socioeconomic factors in the country, but 2018 saw some positive migration dynamics owing to the change of government with the policy focus slowly shifting to repatriation. The same year the national poverty rate fell to its lowest level since 2004, with 23.5% of the population still living below the poverty line. In 2019, economic growth also reached a significant 7.6%. According to the Household Survey 2019, 95% of respondents did not intend to leave for another country. More recently, however, the COVID-19 crisis has caused a compelling welfare loss and a sharp increase in unemployment, which may affect migratory flows.

Overall, labour migration constitutes a viable option for many Armenians. The Russian Federation remains the prime destination for Armenian migrants, most of whom move to the Russian urban areas for employment purposes and return home within a period of three to twelve months. The temporary and circular nature of Armenian labour migration to Russia was reinforced in 2015 when Armenia joined the Eurasian Economic Union. As a result, the number of Armenians working in Russia increased substantially from 123,228 in 2013 to 210,460 in 2019. Armenia largely benefits from the resulting remittances (amounting to 11.2% of the GDP, with over two-thirds received from Russia), but this makes the country particularly dependent on labour migration to Russia. The available evidence shows that a large share of Armenian labour migrants would opt for the EU rather than Russia; however, the visa requirements and language barriers turn Russia into a more favourable destination.

Along with Russia, other post-Soviet countries, several EU Member States, the US and Canada are home to the largest ethnic Armenian communities within an estimated 7 million diaspora. Since 2016, Germany, France and Poland issued the lion’s share of first-time residence permits to Armenians within the EU. In 2019, Poland granted most residence permits for work reasons valid for up to five months, France – for family reasons, and Germany – for other reasons. This signifies a temporary nature of migration to Poland, and a longer-term nature of migration to France and Germany as also confirmed by the number of all valid residence permits at the end of 2019. To obtain legal status in the EU, some Armenians have also been applying for asylum. The peak in applications (8,565) occurred in 2016 with many applicants being Syrian of Armenian ethnic origin, thereby holding dual citizenship. The asylum figures have declined ever since reaching 1,885 in 2020.

Immigration to Armenia is much smaller in scale. According to the recent Migration Snapshot, 2,429 people immigrated in 2017-2018, most of whom were ethnic Armenians. The majority of immigrants (42.7%) moved for work reasons, 31% for education, 20% for family formation and reunification. In 2019, Armenia granted a total 7,873 residence permits, with nationals of India, Iran and Russia representing the biggest immigrant groups. Among asylum seekers and recognised refugees in Armenia, Iranians and Syrians represent the top two nationalities. Irregular migrant flows to Armenia remain limited. In 2020, 3,762 foreigners, one-third of whom were CIS citizens, violated the national migration law. Due to the armed conflict that erupted in 2020 in Nagorno-Karabakh, Armenia needs to accommodate over 90.000 people that fled the conflict zone.

The substantial numbers of Armenians returning home (over 85,000 in 2017-2018) are primarily comprised of returning labour migrants. The return rates of irregular Armenian migrants from the EU have also increased from 21% in 2014 (1105 out of 5195 persons who were ordered to leave actually returned) to 55% in 2019 (2095 out of 3765 persons). A comprehensive national strategy – both for the reintegration of Armenian nationals and for integrating migrants, asylum-seekers, refugees and IDPs – still remains to be adopted.

Armenia endorsed the Global Compacts on Migration and Refugees and expressed its readiness to start a visa liberalisation dialogue with the EU. In recent years, the Government has prioritised further migration policy development. In view of the changing migration dynamics, the new state migration concept 2021-2031 (still under development in March 2021) will focus particularly on immigration and the migration and development nexus. The anticipated re-establishment of the Ministry of Internal Affairs, including a Migration Service, represents another important milestone.